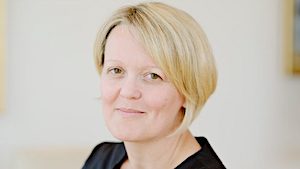 Royal Bank of Scotland (RBS) has selected Alison Rose as its next chief executive — an appointment which would make her the first woman to lead a major UK bank.

Several news reports said Rose will be confirmed in the next week or two as the successor to Ross McEwan, who is leaving RBS soon to be CEO of National Australia Bank.

RBS, still 62% owned by the UK taxpayer after its £45.5 billion bailout during the 2008 financial crisis, also has a female chief financial officer, Katie Murray.

Rose has worked at RBS for more than 25 years and runs its commercial arm.

Other candidates for the top job at RBS are understood to have included RBS chief operating officer Mark Bailie and Ian Stuart, who runs HSBC’s UK bank.

RBS said on Saturday: “The process to appoint Ross McEwan’s successor is ongoing.

“Our next CEO will be confirmed in due course, once an appointment has been made.”‎ ‎