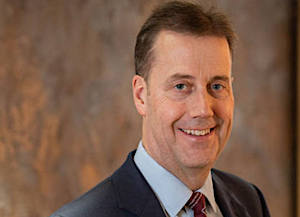 Briggs will join Phoenix as CEO- designate on January 1, 2020.

Briggs will receive annual salary of £800,000 and a pension allowance of 12% of salary. He will be able to participate in the company’s existing annual incentive plan up to a maximum of 150% of salary and the long-term incentive plan, with an annual award of 275% of salary.

“In addition, the company will replace the in-flight awards granted by his former employer in March 2017 and May 2018 if they lapse,” said Phoenix.

“These awards will be replaced on a pro-rated basis and their vesting will be subject to the achievement of the former employer’s original published performance targets.”

Briggs said: “Clive has done an excellent job leading Phoenix, and the Standard Life acquisition is strategically transformational for the group.

“I believe the business is uniquely placed for a truly exciting future, and I look forward to leading the next stage of the journey.”

Bannister joined Phoenix in February 2011. Phoenix said that in that time the group has achieved a total shareholder return of 179% while assets under management rose 263% to £245 billion and the number of policyholders rose 67% to 10 million.

Bannister was the architect of a series of successful acquisitions culminating in the £2.9 billion purchase of Standard Life Assurance in 2018, after which Phoenix became a constituent of the FTSE100 Index in March 2019.

Briggs has over 30 years of insurance industry leadership experience. He was group chief executive of listed insurer Friends Life, managing director of Scottish Widows, chief executive of the retirement income division at Prudential and chairman of the ABI.

Most recently he was CEO of UK Insurance at Aviva plc until earlier this year.

Phoenix Group chairman Nick Lyons said: “Clive has worked with great passion and energy during his nine years as CEO.

“He has led Phoenix in a period of sustained growth and success to its current position as the largest life and pensions consolidator in Europe and he leaves us, as a business, confident and assured.

“The board would like to thank him for the tremendous contribution he has made.

“Phoenix, its customers, colleagues and investors will benefit from the smoothest of successions between two great industry leaders and, with Andy as our future CEO, we will be in the best position to leverage the broad strategic platform that Clive has delivered.”

Bannister said: “I am delighted to welcome Andy as CEO-designate.

“He is the ideal candidate who combines deep knowledge of the Open and Heritage life businesses, strong integration and M&A skills and a proven track record in driving a radical change agenda for major UK insurance businesses.

“I am proud of all that we have achieved and I’m confident that I leave the group in good shape for my successor.”