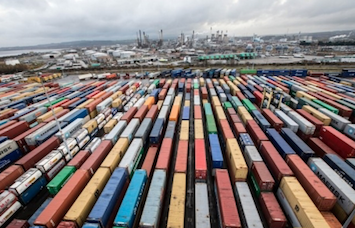 Permanent staff appointments and temporary job placements across Scotland declined at the most marked rates on record in April amid the coronavirus pandemic, according to the latest Royal Bank of Scotland Report on Jobs.

At the same time, vacancies continued to decline, with demand for both permanent and temporary staff falling at the “most marked rates on record.”

Pay for both permanent and temporary staff declined amid weaker demand conditions, with the reduction in the former the most marked since data collection began in 2003.

“Permanent staff appointments across Scotland declined for the third month running in April, with the respective index falling a substantial 31.8 points from March to signal the most severe reduction since the survey’s inception in January 2003,” said the report.

Panellists reported that many firms had stopped hiring amid the COVID-19 pandemic.

Concurrently, temporary staff billings across Scotland fell further, with the rate of decline hitting a new record in April.

Permanent vacancies fell at the most marked rate in more than 17 years of data collection, with the drop in Scotland outstripping that recorded at the UK level.

Temporary vacancies followed a similar trend, falling for the second month running and at the quickest rate on record.

Salaries awarded to permanent new staff dropped for the first time in over seven-and-a-half years, with the rate of decline the fastest ever recorded.

“Both permanent placements and temporary billings declined at the most marked rates in over 17 years of data collection, with recruiters often blaming hiring freezes, redundancies and company closures.

“Consequently, vacancies for both permanent and short-term staff declined at historic rates.

“Pay pressures eased notably, as permanent starting salaries fell at the quickest pace on record while hourly wages for temp staff declined for the first time in over seven years.

“The impact of Covid-19 on the jobs market would be even worse were it not for the Job Retention Scheme supporting 6.3 million people.

“Policymakers are now weighing the delicate task of how to lift elements of the lockdown safely but it may be some time before we see the rising tide of redundancies turn.”