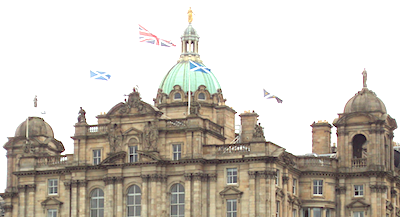 Lloyds Banking Group (LBG) — owner of Bank of Scotland, Scottish Widows and Halifax — said on Monday that António Horta-Osório will step down as chief executive by June, 2021, after 10 years in the role.

The announcement comes as banks get ready for an expected surge in bad debts amid the coronavirus crisis.

Budenberg was an investment banker at SG Warburg and UBS and he advised the UK government on its bailout of banks, including Lloyds.

Budenberg also led the UK Financial Investments company managing the UK state’s holdings in banks following the bailouts and is currently chairman of The Crown Estate.

Some banking analysts said they he expect Lloyds to appoint an internal candidate as the new CEO with possibilities including its commercial banking boss David Oldfield, retail banking head Vim Maru and finance director William Chalmers.

They said external candidates may include Stephen Hester, former boss of RBS and current CEO of RSA Insurance Group.

“António has agreed to time his stepping down as group CEO to support a smooth transition, with a target date at the end of June next year, at which point he will retire from Lloyds,” said LBG.

“Until then he will continue to be completely focused with the executive team on delivering the remainder of the current strategic plan (GSR3), as well as the plans put in place to address the Covid 19 pandemic effects and support our customers during these difficult times.

“This planned leadership succession will allow a new chief executive to work with the new chair in the next stage of the group’s development and transformation.”

Blackwell said: “I am delighted to welcome Robin Budenberg to the board as my successor.

“His knowledge of the group combined with his broad experience in both financial services and other strategic advisory roles give him an outstanding background to provide the board leadership required to support the continued transformation of the group.

“I would also like to take this opportunity to pay tribute to the outstanding contribution that António Horta-Osório has made to first turning round and then leading the strategic development of the group over the last decade.

“His personal commitment and strong vision have driven a period of massive and successful change in the group, restoring Lloyds to its preeminent position in Helping Britain Prosper as the UK’s leading retail and commercial bank.

“During his tenure, he has overseen a comprehensive transformation of the group’s balance sheet, operations, and customer propositions, including the repayment of the UK Government’s £21bn investment and evolution of the group into the UK’s largest digital bank.

“His decision to announce now his planned retirement allows for an orderly succession process to appoint a new chief executive next year to work with the new chair.”

Budenberg said: “Lloyds will play a vital role as Britain recovers from the current crisis.

“It is a great honour and challenge to take on the role of chair at this time and I hope to continue Norman and António’s work, initially alongside António, in pursuing Lloyds’ core purpose of Helping Britain Prosper and in building the culture of the bank in order to support that purpose.”

Horta-Osório said: “It is of course with mixed emotions that I announce my intention to step down as chief executive of Lloyds Banking Group by June next year.

“I am lucky to have had the support of a superb board and executive team on whom I will continue to rely as we complete our current strategic plan, transforming the group into the bank of the future.

“Everyone at Lloyds has unified around our purpose of Helping Britain Prosper and our customers and communities are seeing our commitment to that now, more than ever.

“I have been honoured to play my part in the transformation of large parts of our business.

“I know that when I leave the group next year, it has the strategic, operational and management strength to build further on its leading market position.”