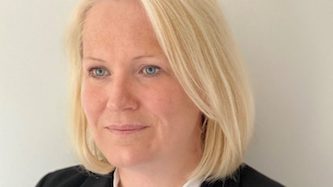 It said the “missions” have been confirmed to the new bank after being approved by MSPs.

The missions set by the Scottish Government state that the new bank should:

The Scottish Government has committed to investing £2 billion to capitalise the new bank over 10 years, “enabling it to become a cornerstone institution in the Scottish economy.”

In a statement to parliament on Wednesday, Economy Secretary Fiona Hyslop said: “The launch of the Scottish National Investment Bank is the single biggest economic development in the lifetime of this parliament.

“These missions address the grand challenges facing Scotland – the issues we know we must face to build a sustainable future.

“They will provide finance and catalyse private investment to achieve a step change in economic growth by powering innovation and accelerating the move to a net zero emissions, high-tech, connected, globally competitive and inclusive economy.

“The Bank is uniquely placed to address the challenges facing us by providing patient capital to support long term economic growth.

“Its mission-orientated approach provides an opportunity to influence the direction of economic recovery in the interests of the people of Scotland.”