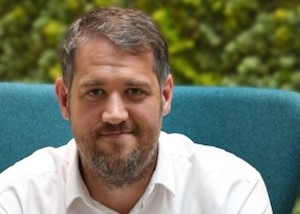 The £8.3 billion Lothian Pension Fund (LPF), the second largest local government pension scheme in Scotland, said on Thursday its CEO Doug Heron has decided to leave the fund to take up a similar role overseas later in the year.

It is a multi-employer scheme with more than 85,000 members and 90 employers and is the second largest LGPS fund in Scotland.

The LPFE board has met and agreed to begin an external recruitment exercise to find a successor.

Heron will remain in place until the summer to support a smooth transition.

Stephen Moir, Executive Head of Resources at City of Edinburgh Council and the Chairman of LPFE said: “Doug was appointed to LPF in February 2019 and, despite the challenges of the pandemic, he has led the Fund well through a period of significant and positive change, including the development of the digital strategy, the expansion of investment services offered to other LGPS funds by LPFI, and an improved funding level, as reflected in our recent valuation.

“As a result of the collective hard work and dedication of the LPF Senior Leadership Team and colleagues, the Fund is in a strong and sustainable position and is well placed for the challenges and opportunities that lie ahead.”

Heron said: “It’s been a privilege to take the helm at LPF during this challenging but thoroughly rewarding period of growth for the team and for the Fund.

“I’ve come to hold a deep and permanent sense of gratitude and respect for the work our members do to serve communities across Scotland, and it’s been my humble pleasure to have served them by looking after their retirement savings.

“I’m very proud of the LPF team and the dedication, hard work and motivation that they’ve shown in continuing to deliver for our members despite the challenges they’ve faced these past twelve months.

“While I’ll be sad to leave LPF, I’m confident that the Fund has a clear plan for the years ahead and a deep well of talent to deliver it.”