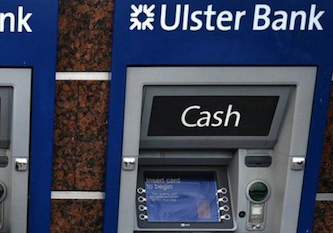 NatWest Group’s Ulster Bank said on Monday it agreed to sell most of its commercial lending business in the Republic of Ireland to Allied Irish Banks (AIB) as part of its planned exit from Ireland.

“As part of the phased withdrawal from the Republic of Ireland, NatWest Group (NWG) and Ulster Bank in the Republic of Ireland (UBIDAC) announced on 19 February 2021 that they had agreed a non-binding memorandum of understanding with Allied Irish Banks, p.l.c. (a subsidiary of AIB Group p.l.c.) in respect of performing commercial lending,” said NatWest-RBS.

“UBIDAC and NatWest Holdings Limited have entered into a binding agreement with AIB for the sale of c.€4.2bn gross performing commercial lending and associated undrawn exposures of c.€2.8bn.

“RWAs (risk-weighted assets) in relation to these total balances are estimated at c.€4bn. This transaction is subject to regulatory approvals.

“On completion, it is estimated that a small gain on disposal will be recognised, based on the net carrying value of the lending as at 31 December 2020.

“The exact impacts of disposal will depend on movements in the book between now and transfer, the timing of which remains uncertain.

“As part of the transaction, it is anticipated that approximately 280 colleagues will transfer from UBIDAC to AIB with the final number of roles confirmed as the deal completes.”

AIB said it would pay €4.1 billion for the loans, equivalent to 97.63% of par value, using existing cash.

AIB said the deal would be accretive to earnings from 2023 and provide net interest income of around €100 million a year.