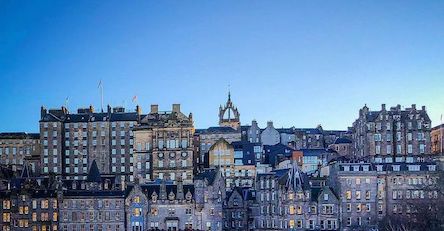 The Scottish Fiscal Commission has published its latest forecasts setting out how Scotland’s economy is recovering from the pandemic and how the Scottish Government’s plans for social security will affect spending and its finances.

The Commission’s five year economic forecast shows Scotland’s economy is rebounding faster than was anticipated in the forecast published by the Commission during the second lockdown in January 2021.

The Commission said although COVID cases remain high, the vaccination programme has reduced hospital admissions and economic activity has increased in response to the relaxation of public health restrictions.

Commission chair Susan Rice said: “We now expect the Scottish economy to grow by 10.5 per cent in 2021‑22, mainly fuelled by household purchases as consumption reverts to pre‑pandemic levels, supported by higher income households who were able to save during the lockdowns.”

The Commission said: “As the economy recovers, domestic recruitment difficulties combined with international supply pressures are pushing the inflation rate upwards, now forecast to peak at 4.0 per cent by the end of 2021 in line with the Bank of England’s latest assessment.

“The Scottish Government has received additional funding from the UK Government to support the pandemic response.

“Funding for 2021-22 will not be confirmed until late in the financial year.

“The Commission notes any large changes may create difficulties for the Scottish Government in managing the Scottish Budget.

“The forecasts include the Commission’s first estimate of the Scottish Government’s spending on their new Adult Disability Payment (ADP), due to replace the UK Government’s Personal Independence Payment (PIP) from summer 2022.

“The Scottish Government receives funding from the UK Government based approximately on what would have been spent on PIP in Scotland, so these additional costs of ADP will need to be met from elsewhere in the Scottish Budget.”

Rice added: “We expect higher spending as a result of new social security payments introduced by the Scottish Government.

“These new policies are a long-term commitment so finding the budget to fund them will be a challenge not just for this government but also for those of the future.”

Social Security Minister Ben Macpherson said: “Social security is an investment in the people of Scotland and is a fundamental human right.

“With the devolved social security powers and limited resources that we have, we are committed to making sure everyone can access the financial support they are entitled to.

“If someone is eligible for support then it is our responsibility to make sure that they know about available payments, and help them get the money they need and that they are due.

“As well as the introduction of our new disability benefits in 2021 and 2022, in the coming years, we will also introduce Scottish Carer’s Assistance, which will replace the UK Government’s Carer’s Allowance in Scotland.

“We also plan to significantly increase the value of Scottish Child Payment, doubling it to £20 per week within the lifetime of the Parliament and lifting more children out of poverty.

“It is vital that the UK Government matches our efforts.

“We need UK Ministers to take decisive action in the areas where they have power and responsibility and to reverse their welfare cuts which are hitting households harder than ever.

“I call again on the UK Government to end their benefit cap, bedroom tax and two-child limit, and to maintain the £20 Universal Credit uplift.”