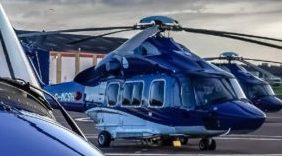 Babcock, the international aerospace, defence and security company, announced it has completed the sale of its oil and gas aviation business to CHC Group, LLC (CHC) for £10 million.

The business provides offshore oil and gas crew transportation services in the UK, Denmark and Australia.

It is headquartered in Aberdeen and employs over 500 people and operates around 30 aircraft across its three locations.

It had gross assets of £256 million, net assets excluding cash of £21 million and net lease liabilities of £142 million.

The sale is part of Babcock’s targeted disposal programme, which aims to generate at least £400 million of proceeds. Proceeds from this transaction will be used to reduce net debt.

Babcock CEO David Lockwood said: “This disposal is part of our plan to streamline and focus the group on our key markets.

“Divesting at least £400 million of businesses will enable us to reduce complexity and increase our focus as we return Babcock to strength.

“The oil and gas aviation business has found a new home and we wish them all the best for the future.”