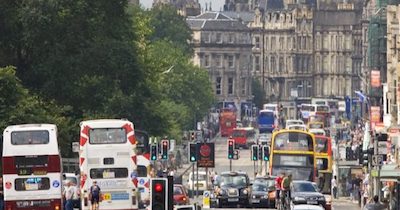 House prices across Scotland rose 8.8% on average over the last year, more than the UK average of 6.2%, according to the latest data from Bank of Scotland.

In percentage terms, Motherwell was Scotland’s 2021 house price winner, with a rise of 17.3%.

The town was one of two in Scotland to be amongst the UK’s 20 biggest house price increases.

With Motherwell ranking 7th in the UK overall, the other entrant was Hamilton at number 20.

Many towns within easy reach of the key cities experienced some of the biggest rises, with both Paisley and Livingston outperforming their more metropolitan neighbours.

Graham Blair, Mortgages Director, Bank of Scotland, said: “Scottish house prices have enjoyed another bumper year, with growth outperforming the UK average and properties in almost every town now worth more than 12 months ago.

“The feedback we’re getting from customers matches what we see in the data.

“Prolonged working from home has influenced where people want to live and the type of property they want to own.

“So while our major cities continue to be attractive, with commuting now less of a priority, areas that offer more space and better affordability have experienced increasing demand from buyers.”