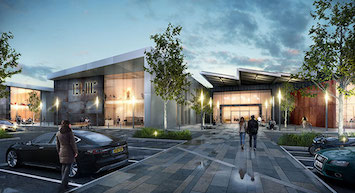 The University of Glasgow said it is taking forward ambitious plans for a major investment in a new Clyde Waterfront Innovation Campus on the south bank of the river in Govan.

Principal of the university, Professor Anton Muscatelli, said the plan can make Glasgow synonymous with innovation in the 21st century — in the same way that Glasgow was identified with shipbuilding and heavy industry in the 20th century.

“The Clyde Waterfront Innovation Campus (CWIC) will act as a centre of excellence for a range of new technologies, co-locating industry and world-class research, and will see hundreds of high-end jobs located in Govan in the first stage,” said the university.

“The main pillars of the first stage of the CWIC programme will be an enhanced James Watt Nanofabrication Centre (JWNC), and a Precision Medicine Living Laboratory, allowing a focus on areas and industries in which Glasgow and Scotland can truly lead the world in the decades to come.

“The JWNC will focus on industries like nanofabrication for quantum technology and photonics, enabling the co-location of high-quality academic and translational assets with cutting-edge industrial R&D teams supported by state-of-the-art facilities.

“Even at an early stage, the plans are already supported by 12 major industry partners,and will see the re-location of Europe’s leading clean room facility from the West End to Govan. “

Muscatelli said: “The University of Glasgow’s plans for investment in Govan are an incredibly exciting new chapter for the university and the city – and can be as transformational for Govan and the Clyde Waterfront as our move to the West End from the city centre was in 1870.

“As Glasgow’s largest university, we are determined to play a full and active part in the public life of our city and our new campus on the south bank of the Clyde will see even more of Glasgow’s communities benefit from our activity, while creating a genuine cluster of excellence in several of the leading industries of the coming decades.

“We know that the University only thrives when the city thrives – and that the cty only meets its full potential when the university works closely with partners in industry and the public sector, translating our world-leading research into jobs and inclusive economic growth, and ensuring the benefits are felt by people across Glasgow.

“Shipbuilding and heavy industry in Govan and on the Clyde Waterfront were the pillars of Glasgow’s industrial excellence in the 19th and 20th centuries.

“I have no doubt that the innovation agenda and industries like quantum technology, nanofabrication and Precision Medicine can be to the 21st century Glasgow economy, what shipbuilding was in the past.

“As a city, we can’t afford to look backwards to past glories – we have to reimagine Glasgow’s entrepreneurial legacy for the 21st Century.

“And the establishment of the Clyde Waterfront Innovation Campus could create Scotland’s Silicon Valley on the Clyde, and be a key step in ensuring our city retakes its place at the forefront of international innovation and industrial excellence.”

Councillor Susan Aitken, leader of Glasgow City Council and chair of the Glasgow City Region City Deal Cabinet, said: “This news is a welcome addition to all the investment that is taking place as the council and our partners work together to deliver the Glasgow Riverside Innovation District, stretching from the University of Glasgow to the Queen Elizabeth University Hospital.

“The work being done to regenerate Govan, Water Row, the banks of the Clyde in this part of Glasgow and the forthcoming Partick-Govan Bridge is key to attracting and developing world-class innovation in this part of the city.”