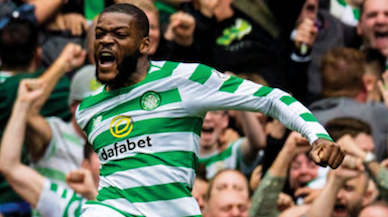 Celtic plc said on Tuesday it has become the first Scottish football club to be ranked amongst the most prominent European teams in an annual report by global financial firm KPMG.

The European Elite 2019: Football Clubs’ Valuation report has included Celtic amongst the biggest clubs in Europe.

The study is a comprehensive analysis “providing an indication of the Enterprise Value (EV) of the 32 most prominent European football clubs as at January 1, 2019,” said Celtic.

Celtic said KPMG has been publishing the analysis for four years and until now the 32 places up for grabs have comprised clubs from the same eight countries — England, Spain, Italy, Germany, France, Portugal, Netherlands and Turkey.

“Celtic’s inclusion marks the first time Scotland has been represented in the rankings, and the report cites the Scottish champions’ revenue and profitability improvements from UEFA Champions League and Europa League participation as the primary factor in them breaking through,” added Celtic.

“A club’s place in the rankings is based on five parameters – profitability, social media popularity, sporting potential of the squad, broadcast rights and stadium ownership.

“The Scottish champions are ranked 30th on the list.”