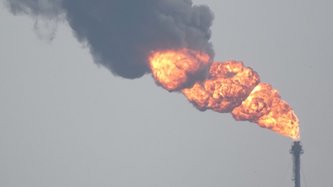 ExxonMobil said on Tuesday it plans to invest £140 million over the next two years at its Fife ethylene plant at Mossmorran — partly to reduce the impact of controversial flaring and noise at the site.

The company said a portion of the £140 million investment will go toward technologies that reduce the impact of flaring, including a state-of-the-art flare tip, which will reduce noise and vibration.

The plant currently employs about 270 employees.

“While already one of the most modern plants of its kind in Europe, we are always looking for ways to improve reliability and efficiency through continued maintenance and investment in new technologies.

“Fife has a long-term future as a competitive asset, contributing to both the local and national economies.”