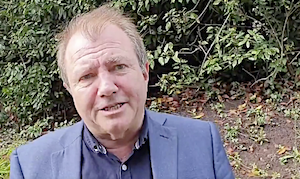 Shares of Edinburgh-based healthcare software firm rose almost 4% on Tuesday as it reported “good progress” at its AGM and it said Will Whitehorn, Richard Branson’s former corporate affairs advisor, will join the firm as chairman.

Craneware CEO Keith Neilson said in an AGM statement: “We have made good progress in the first four months of the year, continuing to sign the contracts that were delayed from the second half of the previous year and progressing towards the successful conclusion of the remainder …

“As announced in our final results in September, our long-standing chairman George Elliott has decided to step down from his position on the board of Craneware.

“George has been a fantastic support to me, the board and the business as a whole.

“Joining us just prior to our IPO, he has overseen tremendous growth in the company during his tenure and will be missed by us all …

“George will be succeeded in the role of chairman by Will Whitehorn, who will join us as chairman of the board from 1 January 2020.

“We are delighted to have secured an individual of his calibre.

“Will joined Virgin in 1986 where he established a career as Sir Richard Branson’s corporate affairs advisor and brand development director for the group globally.

“He helped develop Virgin Atlantic, Virgin Trains and Virgin Media as businesses and went onto become the first President of Virgin Galactic taking the business from a dream to reality.

Whitehorn said: “I am delighted to be joining Craneware.

“It has a fantastic platform for growth which continues to have great prospects to develop new opportunities in its core US markets and is led by a strong team, who I am very much looking forward to working with over the coming years.”