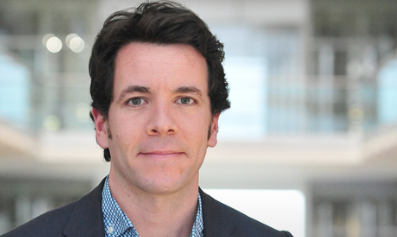 Shares of Glasgow-based media firm STV Group plc rose about 3% on Thursday as it published a trading update showing first-half 2021 advertising growth ahead of expectations and a June viewing and commercial performance “significantly boosted by STV’s exclusive coverage of the Euros.”

STV also announced that STV Player has signed its biggest content deal to date after partnering with Banijay Rights to bring over 1,200 hours of primarily “high-end drama and compelling factual series” to the free streaming service.

“STV’s record viewing performance has continued into 2021, with total TV viewing up a further 5% in H1,” said the Glasgow company.

“STV’s viewing share has also grown 1.6 points to 20.8% in H1 2021, the highest growth of any of the UK’s 500+ TV channels and STV’s biggest all time viewing share since 2006, further cementing our position ahead of BBC1 as the most watched TV channel in Scotland …

“Online viewing was up 66% in H1 and streams up 94%, with STV Player still the fastest growing broadcaster streaming service in the UK …

“In terms of the outlook, STV expects July TAR to be up 35-45% year on year, again boosted by the Euros and the wider economy which continues to re-open.

“STV also has a strong autumn programme line-up on TV and online, with over 50 hours of new network drama, a threefold increase on autumn 2020 …

“STV’s digital strategy continues to accelerate, with STV Player today announcing its biggest ever content partnership, with Banijay Rights, which will see an additional 1,200 hours of drama and factual content added to the Player over the next year including high end UK, Nordic, French and Australian drama series.”

STV CEO Simon Pitts said: “STV has made an excellent start to 2021, with our record TV and digital audiences powering advertising revenue growth of 32% in the first half of the year, ahead of market expectations, and 5% ahead of pre-pandemic levels in 2019.

“So far this year our audience share growth is the highest of any of the UK’s 500+ TV channels, total TV viewing is up 5% even compared to last year’s lockdown, and online viewing on STV Player is up a further 66%.

“Euro 2020 has lifted spirits, broken hearts and delivered a record viewing and commercial performance for STV.

“Our coverage reached 3.6 million Scots and average streams per match on the STV Player were higher than for World Cup 2018, Euro 2016 and World Cup 2014 combined, helping to more than double our ad revenues in June.

“We have plenty more to look forward to in 2021, with STV Studios on track to deliver its most successful year yet, hundreds of hours of unmissable drama set to drop on STV Player following today’s new partnership with Banijay Rights, plus 11 new network dramas this autumn including Manhunt series 2 starring Martin Clunes.”

On the new partnership with Banijay Rights, STV Player said the new content will be dropped on the platform over the next 12 months and will primarily comprise high-end drama and factual series from around the world.

“The first batch is due to go live in early August and will include titles such as Scandi-noir thriller Beck; French murder mystery Malaterra, based on the successful British series Broadchurch; and two acclaimed Australian series, The Time of our Lives and Tangle, which both focus on the trials and tribulations of chaotic Melbourne families,” said STV.

“In Scotland, STV Player is the on-demand home of Channel 3 network content.

“Across the UK, it’s one of the country’s fastest-growing AVODs, with an ever-expanding library of free content correlating with a significant surge in consumption.

“After launching on all major platforms at the end of 2020, STV Player increased its addressable audience more than tenfold to 50 million adults.

“In June, the platform celebrated its best-performing day since launching in 2009, achieving over one million streams in a single day for the first time ever.

“In the same month, free rewards service STV Player VIP was launched, which offers viewers personalised content recommendations, new prizes every month, and no pre-roll adverts so they can access content without delay.”

Richard Williams, Managing Director, Digital at STV, said: “As STV Player has continued to grow its audience across the country, we’ve gained a clearer idea of what our viewers want from the service.

“This significant deal with Banijay taps right into that, with hundreds of hours of unmissable drama set to drop on STV Player in the coming months.

“The VOD world is constantly evolving and, as a relatively new player in this field, it’s important for us to have a niche. We’re delighted to be building our reputation as a free provider of big, star-studded dramas, along with popular overseas titles that viewers in the UK are unlikely to discover anywhere else.”

Chris Stewart, SVP UK and Eire, Banijay Rights, said: “This landmark deal extends our partnership with STV and provides viewers on-demand access to a fantastic selection of premium drama and factual content, some of which is available in the UK for the first time.”