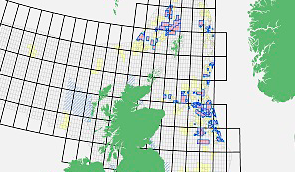 First Minister Nicola Sturgeon has written to UK Prime Minister Boris Johnson calling for the UK Government to reassess oil and gas licences already issued but where field development has not yet started — including the Cambo development west of Shetland.

The Scottish Government said Sturgeon’s move has been made “in light of the scientific report published by the IPCC this week and the severity of the climate emergency we now face.”

Sturgeon has also proposed a UK four nations summit “to ensure that global leadership on the challenging decisions that need to be made to ensure a just transition to net zero is demonstrated in the run-up to COP26 and beyond.”

The Cambo field is among the UK’s biggest potential oil and gas projects — but relatively small in global terms.

The first phase of development would target 170 million barrels of oil equivalent.

The UK Government did not immediately respond to requests for comment.

However Johnson’s spokesman Max Blain told reporters on Monday the decision on developing Cambo was “based on an existing license rather than granting a license now, but it is obviously going to be part of the energy mix in the short term while we transition further to renewables.”

“Let me be very clear, as long as the UK still needs oil and gas in its consumption for its society, it’s better to produce it in its own backyard.”

Siccar Point had no immediate response.

Greenpeace UK claimed Sturgeon’s letter is a “PR exercise” with campaigner Sam Chetan-Walsh saying: “Nicola Sturgeon is deferring to Boris Johnson to check the climate impact of Cambo, but until she makes her own stance clear this is just a PR exercise.

“The experts couldn’t be clearer – humanity is at code red, and the last thing we can afford is a new oilfield which would pump out the equivalent emissions of 18 coal-fired power stations running for a year.

“The First Minister must stop hiding behind Boris Johnson. If she wants to show leadership on climate she must clearly say, ‘Stop Cambo’.”

Scottish Greens environment spokesman Mark Ruskell said: “It is welcome to see the Scottish Government start to come off the fence when it comes to the Cambo oilfield, but it is clear there are still far too many hopes pinned on the oil and gas industry to get us out of the climate emergency.

“The IPCC report is very clear that we cannot wait for the development of new technologies, we must listen to the UN Secretary General and stop fossil fuel expansion entirely.

“That means revoking Cambo and no new oil and gas licences whatsoever, with a just transition ensuring no worker is left behind.”

A UK Government spokesman said later: “The UK is the only G7 country to have agreed a landmark deal to support the oil and gas industry’s transition to green energy by 2050 while at the same time supporting 40,000 jobs.

“Even though demand for fossil fuels is falling and we continue to break records on our use of renewable energy, the advice of the independent Climate Change Committee is that we will continue to need oil and gas in the coming years as it is still vital to the production of many everyday essentials like medicines.

“We have already ended support for fossil fuels overseas, and are already designing a climate compatibility checkpoint which will ensure any future licences will only be granted if they are aligned with the UK’s climate change objectives.”

The text of the letter from Sturgeon to Johnson reads:

I am writing on the pressing matter of climate change, and seek your urgent consideration of the specific suggestions and requests detailed below.

The scientific report earlier this week from the UN Intergovernmental Panel on Climate Change (IPCC) makes absolutely clear the severe threat and heightened risk the climate emergency poses to the planet. However, it also shows that with immediate, concerted international action to reduce emissions, it is still possible to limit the global temperature rise to 1.5°C in the longer term. This must prompt all of us who hold positions of leadership to consider what more we can, and must, do to meet this imperative.

Scotland is proud to be at the forefront of global efforts to achieve the aims of the UN Paris Agreement. We have legally binding targets to reach net zero emissions by 2045 at the latest, with a world-leading interim 2030 target of a 75% reduction. In December 2020, we updated our Climate Change Plan to set out how we will deliver this ambition. Scotland’s devolved targets and delivery plans are reflected in the UK’s Nationally Determined Contribution, submitted in advance of COP26. However, given Scotland’s distinctive approach to tackling climate change, the Scottish Government has also published our own indicative Nationally Determined Contribution – outlining the full range of actions we are taking to contribute to the Paris Agreement.

Climate change is an inherently global issue and can only be addressed through co-ordinated international effort and working with others. COP26 in Glasgow therefore represents the world’s best chance – perhaps our last chance – to avert the worst impacts of climate change. This week’s IPCC report could not be clearer – it is crucial that the international community takes this opportunity to significantly raise global climate action and ambition. In the words of the IPCC, it is a code red for humanity. We all have a moral obligation to act, and all of our decisions must be considered in this context.

We must work to ensure that the COP26 negotiations secure commitments from governments around the world to achieve reductions in emissions sufficient to achieve the aims of the Paris Agreement.

Whilst international collaboration is key, the UK Presidency of COP26 and its location in Glasgow – as well as the Scottish Government being co-chair of the Under 2 Coalition – mean that our governments have a particularly vital role to play at this time.

The signals we send at this time are of the utmost importance and it is essential that we demonstrate global leadership on the challenging decisions that need to be made. This must be based on the principle that those that have contributed to climate change, and gained the most, have a responsibility to lead the way in this transition.

I am therefore writing to suggest that a UK four nations summit be convened in early course to discuss how we can work together, both in the run up to COP and beyond, to ensure that, individually and collectively, we are providing this clear leadership.

This would allow us to discuss our respective plans for achieving a just transition to net zero and, in that context, how we can accelerate the development of renewable and low carbon sources of energy, with consequential benefits to our own industries and supply chains. I hope we are agreed that a just transition to net zero is essential. I would be grateful for your early consideration of and, I hope, agreement to such a summit.

The Scottish Government will continue to use the devolved levers at our disposal to reduce emissions and meet our climate change targets.

However, leadership, engagement and co-operation are also necessary in policy areas that are currently reserved to the UK Government, but which are vital for both international progress and, as underlined by the Committee on Climate Change, Scotland’s own capacity to deliver a net-zero society. A summit as proposed would give the four governments an opportunity to discuss how we deepen co-operation in these cross-cutting areas.

However, in advance of that I wish to raise the example of oil and gas, where key decisions on offshore licencing, regulation and policy are reserved to the UK Government.

We are both well aware of the importance of oil and gas over many decades – not least in terms of jobs – to the Scottish and UK economies. We also understand that reducing reliance on domestic production of oil and gas, which we must do, without increasing imports – which would potentially increase emissions – depends on the development of alternatives.

However, the answer to these challenges – given the urgency of the climate emergency – cannot be business as usual. Instead, we must take decisions and make investments now to  support – and accelerate – the development of these alternatives and thereby secure a just,  but appropriately rapid, transition for the oil and gas industry, and the workers and communities currently reliant on it.

The North Sea Transition Deal and plans to introduce the Climate Compatibility Check Point for any future licenses are examples of some recent progress towards this goal, but I believe we must go further.

Indeed, I am asking that the UK Government now commits to significantly enhancing the climate conditionality associated with offshore oil and gas production.

Additionally, however, I am also asking that the UK Government agrees to reassess licences already issued but where field development has not yet commenced. That would include the proposed Cambo development.

Such licenses – some of them issued many years ago – should be reassessed in light of the severity of the climate emergency we now face, and against a robust Compatibility Checkpoint that is fully aligned with our climate change targets and obligations. The Scottish Government would be happy to engage further about exactly what this process should involve to ensure that it is credible and commands confidence.

There is no doubt how important our highly skilled oil and gas industry and workforce are to Scotland but we must ensure they, and the existing infrastructure, can help Scotland seize the opportunities of the transition to net zero – we cannot rest on business as usual in the face of a climate emergency.

Instead, the knowledge and experience of the oil and gas sector and its supply chain should be harnessed in the development of essential low carbon technologies, such as the production of hydrogen and Carbon Capture Utilisation and Storage (CCUS) – a technology that is seen by experts such as the Climate Change Committee and International Energy Agency as vital to achieving emissions reduction targets.  Indeed the evidence suggests that there is no technically feasible route to Net Zero within the timelines that we are targeting without implementing CCUS as part of the energy system.

It is essential that we act now to secure the future of the North Sea as a vibrant source of renewable energy generation, hydrogen production and CCUS.

Our role as governments and leaders – as we face up to our inescapable responsibility to the future of our planet – is to support the industry, and the businesses, workers and communities that depend upon it, to secure a transition that is truly just but also fast enough to protect the planet. In that context, we must ensure that the decisions and investments we make now are aligned with that ambition.

I look forward to your early consideration of this letter and I stand ready to discuss any aspect in more detail at any time.