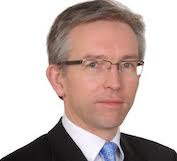 A top executive at Edinburgh-based investment giant Aberdeen Standard Investments said cryptocurrency is still the “wild west” in terms of regulation and consumer protection and “still feels a long way away from the mainstream.”

The comments from Richard Dunbar, Aberdeen Standard’s head of research, follow the $613 million cryptocurrency heist where hackers carried out what could be the biggest theft ever in decentralized finance.

The hackers stole the $613 million in cryptocurrency from a protocol known as PolyNetwork that lets users swap tokens across blockchains.

Meanwhile, cinema operator AMC Entertainment has said it will have the technology in place to receive payment in bitcoin by the end of the for movie tickets and snacks.

Dunbar said the heist shows that “real money is being lost and real fraud is being executed” in cryptocurrency, which “has been an extremely volatile asset which has made it much less attractive to many potential users.”

Environmental problems associated with crypto are another concern, Dunbar said — so much so that it has been described as the “coal-fired” currency.

“One blockchain payment is tens of thousands of times more energy demanding than a Visa payment and bitcoin’s global carbon emission is roughly equivalent to that of a mid-sized country like Sweden,” said Dunbar.

The hackers have since returned more than a third of $613 million in digital coins they stole, the company at the center of the hack said.

Poly Network, a decentralised finance platform that facilitates peer-to-peer transactions, said on Twitter that $260 million of the stolen funds had been returned but that $353 million was outstanding.

Reuters reported that the hackers exploited a vulnerability in the digital contracts Poly Network uses to move assets between different blockchains, according to blockchain forensics company Chainalysis.

The Reuters report said the person claiming to have perpetrated the hack said they did it “for fun” and wanted to “expose the vulnerability” before others could exploit it, according to digital messages shared by Elliptic, crypto tracking firm, and Chainalysis.

It was “always the plan” to return the tokens, the purported hacker wrote, adding: “I am not very interested in money.”

The hackers or hacker have not been identified, and Reuters said it could not verify the authenticity of the messages.

Dunbar said in a commentary: “Cryptocurrency is increasingly being used, yet it remains, in many areas of its usage, the ‘wild west’ in terms of regulation and consumer protection.

“There are plans underway to bring it more into the mainstream – not least the discussion within and between central banks on developing their own version of digital currencies.

“However, in the meantime this fraud does show that real money is being lost and real fraud is being executed — although the more established areas of the currency and financial world have not been immune to this either.

“Crytpo has been an extremely volatile asset which has made it much less attractive to many potential users.

“The questions are therefore certainly, how are the company recipients, such as cinema chain AMC, going to know what it’s worth?

“This may not matter given the small sums currently involved, but it is worth bearing in mind.

“From an AMC perspective, they’re probably trying to tap into the younger market, which is increasingly using this as a means of exchange.

“However, I suspect that this decision has been driven more by their marketing department than from their finance department, which may be a little more circumspect?

“Environmental issues associated with crypto is another concern, so much so that it has been described as ‘the coal-fired currency’.

“There are rooms full of computers all over the world, operating day and night to maintain the currency, verify transactions, and solve the complex equations needed to create more bitcoins.

“One blockchain payment is tens of thousands of times more energy demanding than a Visa payment and bitcoin’s global carbon emission is roughly equivalent to that of a mid-sized country like Sweden.

“Tesla are probably the highest profile example who’ve been willing to take cryptocurrencies but then have changed their mind for various reasons, including the environmental impacts.

“With all his in mind, it still feels a long way away from the mainstream – but with many smart minds focused on how it might become so.”