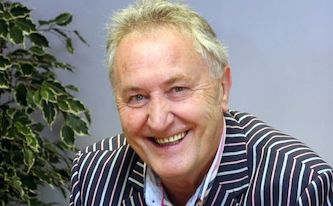 Legendary Linlithgow-based financial adviser Alan Steel — a favourite source for journalists in London and Scotland and known as one of the great communicators — has died at the age of 74 after contracting Covid-19.

Steel wrote on his Twitter feed on August 22: “To all my Twitter followers you may wonder why I’ve been so quiet.

“For the best part of 2 weeks I fought a losing battle with Covid.

“Been on oxygen in hospital since.

“This is one nasty illness.

“Fingers crossed I make it thro.”

Another financial services legend, Steel’s good friend John Allison, said: “Alan always remained totally true to his working-class upbringing, but unknown to most, he was also a significant financial benefactor and behind the scenes, he gave great financial support to many local institutions and events …

“The financial services industry is traditionally very light on true unique characters and legends — Alan Steel may sadly prove to be the last of them.”

Steven Forbes, managing director of Alan Steel Asset Management, wrote on the company’s website, said: “It is with deep sadness that I have to inform you that the company’s founder and figurehead Alan Steel has passed away.

“As you know a few weeks ago he caught the horrible virus that has dominated our lives for the last eighteen months, and despite his battles against huge institutions such as Equitable Life, the regulator and those that gave our industry a bad reputation, his last, against an invisible foe, was one that even he could not win.

“I suspect he was aware this may be his final fight as before he went into the ICU he wanted me to let you know that he started work at Scottish Widows the day after man landed on the moon, and he hoped he had been able to bring a ‘Sea of Tranquillity’ to your finances in that time.

“There is a pall of sadness hanging over the company just now, but as you would expect Alan made sure it would be business as usual when he was no longer around and the 41 of us in this branch of his family will continue his legacy and maintain the five key components of the business he loved; Knowledge, Integrity, Innovation, Fairness and Fun.

“I make no bones about the fact the last will be the hardest to do initially, but Alan would want us smiling so we will try our best.

“He is now with his beloved, and wise, Grannie McKay and will have a new audience for his multitude of jokes and stories.

“I also know the hole that exists in our lives just now as a result of his passing will be filled with joyous memories in time.”