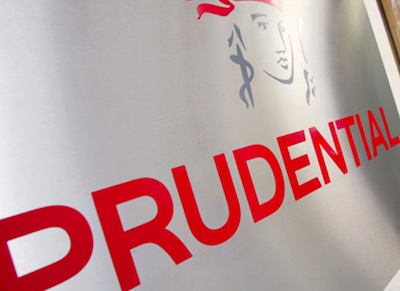 Prudential plc, currently based in London, has announced it plans to raise up to $2.9 billion by selling stock in a new share offering in Hong Kong as the insurance and asset management giant reaffirmed a long-term growth strategy “to keep pace with its future as an exclusively Asian and African business …”

The company said the proceeds of the share sale are expected to be used to “maintain and enhance Prudential’s financial flexibility in light of the breadth of opportunities to invest for growth in Asia and Africa.”

The move comes days after Prudential completed the demerger of its US business Jackson Financial Inc.

“Following the demerger of its US business Jackson Financial Inc., Prudential is now entirely focused on long-term structural growth opportunities in Asia and Africa …” said the company.

“Our purpose is to help people get the most out of life, by making healthcare affordable and accessible and by promoting financial inclusion.

“Prudential protects people’s wealth, helps them grow their assets, and empowers them to save for their goals.

“The group has more than 17 million life customers, with its largest life and protection operations in Hong Kong, Singapore, Indonesia and Malaysia as well as its joint venture in mainland China.

“The group continues to invest in its people and systems to ensure that it has the resources to deliver on its long-term growth strategy, to evolve its operating model to keep pace with its future as an exclusively Asian and African business, and to develop the capacity to serve 50 million customers by 2025.

“The group expects that if it executes its Asia and Africa-focused strategy successfully, it will result in the long-term delivery of future shareholder returns through value appreciation, with a focus on achieving long-term double-digit growth in embedded value per share …

“Prudential is a top-three provider of life insurance in India and the market leader in the overall life insurance market and the sharia-compliant market in Indonesia, which has the largest Muslim population of any country.

“In Thailand, the group is focused on delivering the strategic benefits of recent investments and intends to upscale its position significantly.

“Eastspring, its pan-Asian asset manager, has top-10 positions in seven out of the 11 markets in which it operates.”

“This share offer will maintain and enhance Prudential’s financial flexibility in light of the breadth of opportunities to invest for growth.

“As we undertake the next stage of Prudential’s development, we strive to deliver profitable growth in a socially responsible way, digitise our products and services, and humanise our company and advice channels.”

Prudential plc announced the share offer to raise up to 5% of its issued share capita, about 130.8 million shares, on the Hong Kong Stock Exchange (HKSE) through a concurrent Hong Kong public offer and international placing.

“Subject to the level of any oversubscription in the public offer and pursuant to the clawback mechanism as described in the prospectus to be issued for the public offer, the total number of shares available under the public offer could be adjusted to up to a maximum of approximately 32.7 million new shares, representing 25 per cent. of the total shares initially available in the share offer.

“The offer price for the public offer will be no more than HK$172 per share.”