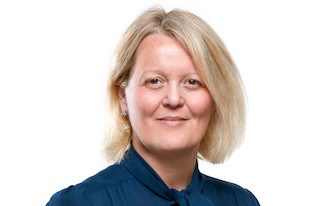 NatWest Group plc — formerly known as RBS — is set to take a 16.66% stake in Ireland’s Permanent TSB (PTSB) after the Irish bank said on Friday it finalised a deal to buy the loan books, asset finance business and branches of NatWest Group’s Ulster Bank in the Republic of Ireland.

The UK government still owns 54.7% of NatWest-RBS while Permanent TSB is still 75% owned by the Irish state.

Permanent TSB said it will pay €6.4 billion in cash and issue 90.89 million shares — currently worth about €140 million — to NatWest in exchange for 25 Ulster Bank branches, as well as Ulster Bank’s non-tracker mortgage and micro-SME lending books and its asset finance business.

The deal is part of NatWest Group’s phased withdrawal from Republic of Ireland.

NatWest Group said: “Completion, which is subject to obtaining competition, regulatory and other approvals, including PTSB’s holding company shareholder approval, and other conditions being satisfied, is expected to occur in phases between Q4 2022 and Q1 2023.

“The majority of loans are expected to transfer in Q4 2022.

“It is estimated that a loss on disposal will be recognised by UBIDAC (Ulster Bank Ireland DAC) upon completion although the final amount will depend on movements in the book and other factors between now and completion, the timing of which remains uncertain.

“As part of the consideration for the transaction, on completion NatWest Group will receive newly issued ordinary shares equivalent to a non-consolidating equity stake of 16.66% of the enlarged share capital of PTSB.

“As part of the transaction it is anticipated that c.450 colleagues will have the right to transfer under the TUPE regulations, with the final number of roles to be confirmed as the deal completes.

“When combined with the previously announced agreement to sell the majority of its commercial lending to Allied Irish Banks, p.l.c., UBIDAC now has binding agreements in place for around 58% of its total gross lending portfolio and an estimate of c.65% of credit RWA as at 30 June 2021.

“As previously announced, we expect the phased withdrawal from the Republic of Ireland to be capital accretive to NatWest Group.”

NatWest Group CEO Alison Rose said: “Today’s announcement is a key milestone in our phased withdrawal from the Republic of Ireland.

“Our priority is to support our customers and colleagues through this transition and working closely with Permanent TSB to ensure the successful completion of this agreement.”

“It will give us much greater scale and business model diversification, along with, many more customers and branches to fuel our ambition to grow and build a sustainable organisation for the future.

“Reaching a binding agreement is a significant step forward and supports our strategy of growing organically while embracing this once in a generation opportunity to fast-track the growth of Permanent TSB.”