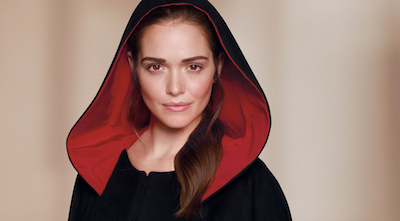 Scottish Widows has announced another £1.5 billion worth of divestments in an update to its environmental, social and governance (ESG) investment policy.

The move contains a flagship commitment to divest from tobacco firms and doubles Scottish Widows’ divestment from firms posing ESG risk to £3 billion.

Implementing these changes, Scottish Widows said it has worked closely with FTSE Russell to construct a range of new bespoke screened indices for its passive funds which will be managed by BlackRock.

Alongside the tobacco and carbon exclusions, these new indices cover existing screens from Scottish Widows’ policy – including holdings in manufacturers of controversial weapons and United Nations Global Compact violators.

The new indices will cover more than £20 billion worth of assets under management.

“Scottish Widows – which looks after around £190bn of savings and investments for over six million customers in the UK – will not invest in any company deriving more than 10% of its revenue from tobacco,” said Scottish Widows.

“This 10% threshold means that all tobacco manufacturers and major distributors are excluded, without hampering investments in companies from other industries that may derive a small amount of revenue from tobacco, such as supermarkets.

“The business has produced a paper outlining its rationale, explaining that tobacco holdings are irreconcilable with Scottish Widows’ strategy as a responsible investor and pension provider and that they pose an unrewarded investment risk.

“Scottish Widows already excludes companies violating UN Global Compact principles and tobacco companies are a clear outlier here: they aren’t even allowed to sign up to these principles given their product’s huge detrimental effect on households, economies, and taxpayers, as well as concerns around widespread child labour in the industry supply chain.

“As the ongoing and long-term displacement of coal by renewable energy sources continues, Scottish Widows is also bolstering its exclusionary stance toward carbon-intensive industries.

“The company has updated its exclusions policy to lower the threshold for extraction of thermal coal and tar sands from 10% of revenue to 5% to reflect the progress made by the leaders in the sector who have been dramatically reducing their reliance on these highly pollutive fuels.

“These new divestments build on the £1.4 billion-worth of previous exclusions applied to Scottish Widows’ investments, bringing the total value of the provider’s exclusions to nearly £3bn – making this one of the most extensive screening policies yet implemented by a UK pensions provider.”

Maria Nazarova-Doyle, Head of Pension Investments and Responsible Investments at Scottish Widows, said: “With responsibility for trillions of pounds worth of investments, it is imperative that the pensions industry champions a responsible approach to investing, creating strong financial returns for savers with the help of active stewardship while divesting from practices that threaten the long-term health of people and our planet.

“Taking the long view, industries such as tobacco are at severe risk of becoming stranded assets, as they face intense pressure from investors, regulators, and consumers, and consistently fail to properly address the social impacts of their products and within their supply chain.

“We stand by our belief that carbon-intensive sources of energy such as thermal coal and tar sands will ultimately be replaced by greener renewable sources such as wind or solar.