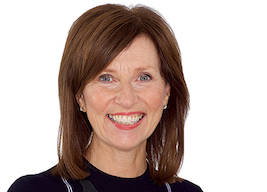 In a stock exchange statement NatWest, formerly known as RBS, said: “NatWest Group plc (NWG) announces that after a tenure of nine years on the board, Robert Gillespie has indicated his intention to step down as a non-executive director with effect from the close of business on 15 December 2022.

“To allow for an orderly handover of responsibilities, Robert will first step down as chair of the Group Performance and Remuneration Committee and be succeeded by Lena Wilson with effect from 24 September 2022.”

NatWest Group chairman Howard Davies said: “I would like to thank Robert for his outstanding contribution to the board since joining as a non-executive director in 2013.

“He has expertly chaired the Group Performance and Remuneration Committee since 2018, successfully navigating a period of continued change for the bank.

“We have benefitted greatly from his wisdom and experience and he leaves with our best wishes for the future.

“I am delighted that Lena is assuming the role of chair of the Group Performance and Remuneration Committee.

“Lena has been a member of the committee since 2020 and, with her extensive experience, is ideally placed to take the committee’s work forward.”