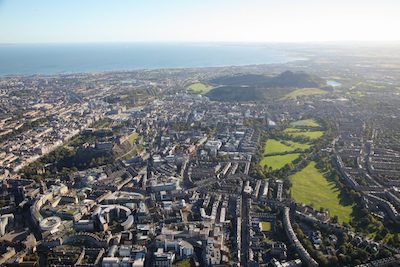 Student startup firms from the University of Edinburgh have secured over £30 million in combined investment over the last year, nearly three times the amount of the previous year.

The £30.5 million investment into student-led businesses marked a significant rise from the £11 million secured the previous year.

“Their ideas have the potential to change the world, and our job at Edinburgh Innovations is to equip them with business knowledge and skills to ensure that impact. We are proud to support them on their journey.”

The pair have attracted the attention of the US Navy with their skin patch that uses sweat to detect potentially problematic body states, enabling eventual diagnosis.

Hicks said: “We’ve gained so much knowledge and confidence this past year through Edinburgh Innovations, from being directed to award schemes, to support with the legal side of our intellectual property, to coaching and training through the Startup Accelerator.

“Our aim is to keep the patch as low cost and accessible as possible, for it to be used as a universal, non-invasive medical device. ”

Another member of this year’s cohort was graduate Xiaoyan Ma, founder of robotic waste-sorter Danu Robotics, which is set to use automation to increase the global percentage of recycled waste.

The University of Edinburgh said it is top in Scotland and second in the Russell Group of universities for student entrepreneurship, according to Higher Education Statistics Agency data 2020-21.

Edinburgh Innovations support for students includes events, competitions and workshops, one to one business advice, awards and programmes, and funding opportunities, including via the University’s in-house venture capital fund Old College Capital.

The University’s Student Enterprise Manager Lorna Baird said: “With emphasis on inclusivity and sustainability, our aim is to inspire and equip every University of Edinburgh student with the enterprise and entrepreneurship knowledge and skills to meet the world’s biggest challenges.”