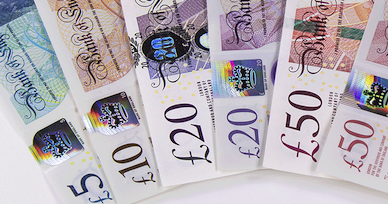 The UK government’s borrowing soared to £22 billion in November 2022 — £13.9 billion more than in November 2021 — according to the UK’s Office for National Statistics (ONS).

The November borrowing reflected the mounting cost of energy subsidies, debt interest and the reversal of an increase in payroll taxes.

UK government debt interest payable was £7.3 billion in November 2022 — £2.4 billion more than in November 2021 and the highest November figure since monthly records began in April 1997.

” … the volatility in interest payable is largely because of the effect of Retail Prices Index (RPI) changes on index-linked gilts,” said the ONS.

This was an increase of £125.9 billion compared with November 2021, or a decrease of 0.3 percentage points of GDP.

UK public debt on the UK government’s preferred measure — public sector net debt excluding public sector banks and the Bank of England (PSND ex BoE) — was £2.176. trillion at the end of November 2022, or around 86.7% of GDP, which was an increase of £151.7 billion, or 1.5 percentage points of GDP, compared with November 2021.