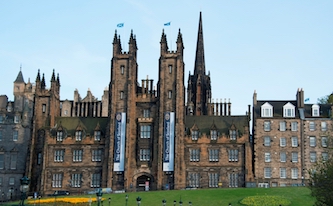 The Church of Scotland is seeking a CEO to implement “major changes to the governance and structures of the Church to ensure they are lean and fit for purpose to lead reform at a time when great change is needed.”

The Church’s recent General Assembly approved a report from a special commission which recommended the changes.

This included the institution of the new role of “Chief Officer” to ensure effective management of staff and resources.

“The General Assembly instructed the Assembly Trustees to begin reducing the administrative costs within the central organisation of the Church by 20%-30%, if possible within one to two years,” reads the job description.

“It also approved a three-year Radical Action Plan for the period 2019-2022 to achieve immediate change within the Church.

“The plan identified actions of reform to move the Church forward and modernise, the most significant of which was a proposal to establish a Growth Fund of £20 million to £25 million for the period 2020-2027.

“Now these decisions have to be implemented wisely, courageously and compassionately.

“The changes will affect the church at every level and involve both significant structural change and an equipping of the local church for mission.

“The work of the Chief Officer, alongside the Assembly Trustees, is to implement the changes that have been approved.

“We are therefore seeking an individual with experience of leading through change, someone who is tenacious and resilient, with exemplary personal judgement, initiative and collaborative skills.”

The salary scale for the post is £64,097 to £68,274. Contractual hours are 35 per week, however “the Chief Officer will be expected to work such hours as are required for the efficient and conscientious discharge of his/her duties and responsibilities.”

There are 29 days annual paid leave, increasing to 34 days after five years’ service. There are also six statutory holidays.

A pension scheme will be made available to the successful applicant.

Commissioners voted 303 to 263 to defeat a motion brought forward by Rev Gordon Strang, which urged the Church’s Investors Trust to divest from oil and gas companies by the end of 2020.

The Church of Scotland holds shares in BP, Shell and Total.

The Church of Scotland’s Investors Trust has about £435 million in investments, according to its latest annual report.