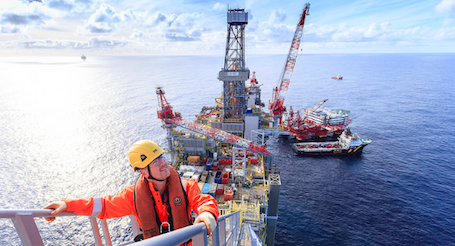 BP plc said on Monday it plans to write off up to $17.5 billion from the value of its assets after cutting its long-term forecasts for oil and gas prices.

BP also said it sees the prospect of the coronavirus pandemic “having an enduring impact on the global economy, with the potential for weaker demand for energy for a sustained period.”

BP lowered its benchmark Brent oil price forecasts roughly 30% to an average of $55 a barrel until 2050.

The company said: “… BP’s management also has a growing expectation that the aftermath of the pandemic will accelerate the pace of transition to a lower carbon economy and energy system, as countries seek to ‘build back better’ so that their economies will be more resilient in the future.

“As a result of all the above, BP has revised its long-term price assumptions, lowering them and extending the period covered to 2050 so that it is now consistent with its ambition horizon.

“As part of its long-term strategic planning, and in the context of its continuing focus on capital discipline, BP is also reviewing its intent to develop some of its exploration intangible assets.

“These actions will lead to non-cash impairment charges and write-offs in the second quarter, estimated to be in an aggregate range of $13 billion to $17.5 billion post-tax.”

BP CEO Bernard Looney said: “In February we set out to become a net zero company by 2050 or sooner.

“Since then we have been in action, developing our strategy to become a more diversified, resilient and lower carbon company.

“As part of that process, we have been reviewing our price assumptions over a longer horizon.

“That work has been informed by the COVID-19 pandemic, which increasingly looks as if it will have an enduring economic impact.

“So, we have reset our price outlook to reflect that impact and the likelihood of greater efforts to ‘build back better’ towards a Paris-consistent world.

“We are also reviewing our development plans.

“All that will result in a significant charge in our upcoming results, but I am confident that these difficult decisions – rooted in our net zero ambition and reaffirmed by the pandemic – will better enable us to compete through the energy transition.”