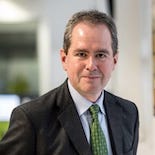 Shares of Scotgold Resources Limited fell about 20% on Wednesday after it published a stock exchange update on production delays at its Cononish Gold & Silver Mine and said it has raised £1.5 million via the sale of 2,142,857 depositary interests at a price of 70p per new ordinary share.

“The proceeds of the placing will be used for working capital through the current production ramp up period at the Cononish Gold & Silver Mine,” said Scotgold.

“Although progress has been made resolving the various production issues encountered, the lag between the timing of the re estimated production build up and sales receipts means that further working capital is required before the project becomes cashflow positive.

“The funding raised today is intended to fulfil this requirement and Bridge Barn Limited, a company owned and controlled by Mr Nathaniel (Nat) le Roux, the chairman of Scotgold, will provide additional debt funding of £500,000, if further funding is required by the Company.

“Additionally, further to the company’s announcement of 26 February 2021, Mr Phillip Day will join the board of Scotgold as CEO on 01 April 2021 …

“COVID-19 continues to have an impact on the Cononish Mine’s overall development schedule, as reported on 26 February 2021 ..

“The filter press issues discussed in the production update of 26 February have continued through most of March, hampering a ramp up of production, although progress resolving these issues has been made in recent days.

“Once fully resolved and with more continuous steady state plant operations achieved, the company expects a further period of ‘bedding in’ and optimisation before all design parameters are achieved.

“Despite the continued delay to ramp up, the company still expects production for calendar year 2021 to be within the guidance range previously provided of between 28,500t and 25,700t of ore processed, and between 7,900oz and 7,000oz Au of gold produced …

“The company has deferred the target date for the completion of the planned Phase 2 expansion until September 2022, compared to the previous target date of May 2022.

“This in part reflects the delays experienced to date achieving the planned ramp up for Phase 1, but also provides time for the completion of an optimisation study on the performance of Phase 1, prior to finalising the design of Phase 2 …”

Scotgold added: “The company has also re estimated the financial metrics for the project based on this revised scheduling for Phase 2 and using a reduced gold price of £1,250/ oz, compared to £1,400/oz used previously in the model released on 12 October 2020.

“Modelled operating costs have also been adjusted where previous cost assumptions have been superseded by contract pricing, and where the costs are driven by the gold price assumption.

“As a result, the All In Sustaining Cost (AISC) estimate for the period of steady production beyond the Phase 2 expansion has reduced from £461/oz to £430/oz.”