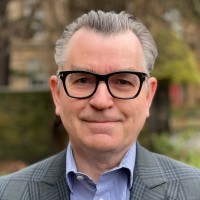 Edinburgh-based Blockchain Technology Partners (BTP) announced it has closed a seed round of £2 million led by Force Over Mass, a London-based venture capital firm, and Signature Ventures, an early-stage venture capital fund based in Munich and Berlin.

The round also included participation from angel investors including early backers Martin Gilbert and Andrew Laing.

BTP CEO Duncan Johnston-Watt said: “We are delighted to welcome Force Over Mass and Signature Ventures as investors.

“Force Over Mass’ focus on B2B software and Signature Ventures’ vision of a decentralized future are complementary and mesh perfectly with our own mission to accelerate the adoption of blockchain technology by enterprises across the board.”

Force Over Mass partner Wouter Volckaert said: “We are always on the lookout for deep tech companies with the potential to make a massive impact.

“We have been extremely impressed by BTP’s founding team, and we are confident they will continue to lead the sector for years to come.”

Signature Ventures founding partner Juliane Hahn said: “We believe that blockchain marks the next step in the evolution of digital transformation towards a more decentralized internet architecture.

“Extensive expertise of distributed systems paired with a fundamental understanding for the pain points of enterprises makes BTP the perfect company to bring this transformation to enterprises and accelerate the adoption of distributed ledger technology.”