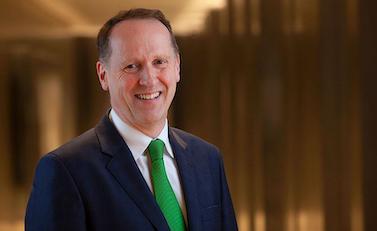 ScottishPower CEO Keith Anderson has urged UK ministers to urgently review the energy price cap and warned that high wholesale gas prices could trigger an “absolute massacre” in the retail market that could claim another 20 suppliers.

In an interview with London newspaper The Financial Times, Anderson said even energy providers that are well run now face running out of cash.

“There is a significant risk you could see the market shrink all the way back to five to six companies,” said Anderson.

The CEO predicted the industry as a whole could be left with losses of up £5 billion by May next year as suppliers are forced to buy energy for households nearing the end of their fixed-price deals.

ScottishPower said suppliers would make a loss of £1,000 every time households come off a fixed-price deal on to a cap-protected tariff, given the current costs of buying energy for those customers at current market prices.

“The only companies that can survive are the ones that are incredibly financially strong, have incredibly liquid balance sheets and access to lots of cash,” Anderson said.

He warned that while some of the suppliers that had failed since the start of August “weren’t particularly well run”, the next wave of the crisis was likely to sweep up even well-managed companies.

Without intervention, “we are in danger of just sleepwalking into an absolute massacre,” Anderson said.

He said the price cap, which currently changes twice a year in April and October, probably needed to be adjusted at least four times a year.

“We don’t think the regulator and the government understand the pressures that are going to descend upon the sector,” he added.