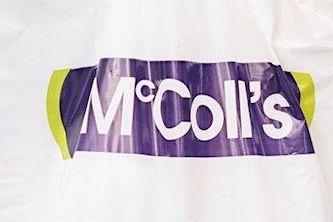 The board of McColl’s Retail Group said on Friday it has placed the company in administration with PriceWaterhouseCoopers “in the expectation that they intend to implement a sale of the business to a third-party purchaser as soon as possible.”

However, any deal with EG would be agreed and financed by the petrol station group rather than Asda.

It is understood that Morrisons is also still interested in a takeover of McColl’s.

McColl’s said it requested that the listing of its ordinary shares be suspended with immediate effect.

Morrisons claimed its rescue proposal for McColl’s would have secured the future of the majority of its shops and workers.

A Morrisons spokeswoman said: “We put forward a proposal that would have avoided today’s announcement that McColl’s is being put into administration, kept the vast majority of jobs and stores safe, as well as fully protecting pensioners and lenders.

“For thousands of hardworking people and pensioners, this is a very disappointing, damaging and unnecessary outcome.”

McColl’s said in a stock exchange statement: “Further to the announcement on 3 May 2022, the company’s senior lenders have this morning declined to further extend the waiver of the company’s banking covenants, which has now expired.

“Whilst the constructive discussions with the company’s key wholesale supplier to find a solution with them to the company’s funding issues and create a stable platform going forward had made significant progress, the lenders made clear that they were not satisfied that such discussions would reach an outcome acceptable to them.

“In order to protect creditors, preserve the future of the business and to protect the interests of employees, the board was regrettably therefore left with no choice other than to place the company in administration, appointing PriceWaterhouseCoopers LLP as administrators, in the expectation that they intend to implement a sale of the business to a third-party purchaser as soon as possible.”

A spokesperson for the trustee of the McColl’s Pension Schemes warned that staff could miss out on payments following administration and urged any new owner to protect the schemes.

The trustee said: “The pension schemes are significant stakeholders in the company, and the trustees call on all potential bidders to make clear that they will respect the pension promises made to the 2,000 members by McColl’s and its subsidiaries, and will not seek to break the link between the schemes and the company …

“Breaking the link between the schemes and the sponsor company, by way of a pre-pack administration, would represent a serious breach of the pension promises made to staff who have served the business loyally over many years, and risks causing the schemes to enter the Pension Protection Fund with a resulting reduction in benefits.”