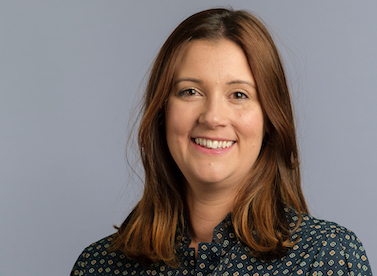 The Scottish National Investment Bank said on Friday that £194.4 million of investment has been committed so far across 14 “mission-aligned” investments in projects and businesses across Scotland as the bank completed its controversial first full year of operation.

“The first full year of operations for the Scottish National Investment Bank has been one of significant progress,” said the bank, which was established in November 2020.

“The bank’s team has been substantively recruited, many of its operational systems have been put in place, and since launch £194.4 million of investment has been committed across 14 mission-aligned investments in projects and businesses across the whole of Scotland.”

The Scottish National Investment Bank is Scotland’s first development investment bank, “wholly owned by the Scottish Ministers on behalf of the people of Scotland.”

The bank is an “impact” investor, focussed on delivering commercial returns and “mission impacts” with its investments.

The Scottish Government has committed to capitalising the bank with £2 billion in its first 10 years.

Roughead said: “I am immensely proud of what the bank has achieved in the last 12 months.

“The bank has invested diversely and widely in the Scottish economy across all of the bank’s three missions: achieving a just transition to net zero; extending equality of opportunity be improving places and harnessing innovation to enable the people of Scotland to flourish.

“Considerable progress has been made in investing in innovative and scaling businesses.

“The bank has delivered direct investment from £1 million to £30 million and has co-invested alongside a number of private sector investors, leveraging additional capital.

“The bank’s investments form part of investment rounds totalling £493.2 million, demonstrating the scale of investment the bank is helping to achieve.

“The bank has recruited a strong team against the backdrop of Covid-19 and is well positioned to embed the strong foundations it has built and to deliver its strategic objectives and further mission-aligned investments.’’

Tourism technology business Travelnest is the latest company to get the bank’s support, receiving an initial £3 million investment.

The growth capital, alongside new funds from existing investors, will allow the Edinburgh-based company to target new markets and increase its service offering.

Travelnest allows the owners of holiday homes to reach bigger audiences by pulling together multiple consumer booking channels into one place.

Mark Munro, the bank’s executive director, sustainable investment, said: “The bank is delighted to be providing growth capital to a technology business based in Edinburgh.

“Travelnest is an exciting company in the travel technology sector with significant potential to scale up globally.

“The investment substantiates Edinburgh and Scotland as one of the UK’s fastest growing tech hubs and an incubator for technology businesses, aligning with the bank’s innovation mission and supports key elements of the Scottish Technology and Ecosystem Review as well as the National Strategy for Economic Transformation initiatives by supporting an entrepreneurial-oriented technology business and the creation of skilled roles.”