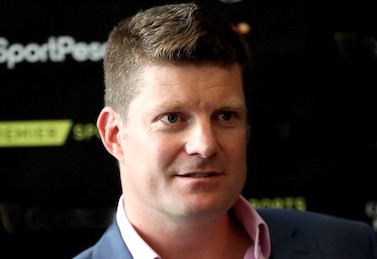 Former Scottish Rugby chief operating officer Dominic McKay has been confirmed as permanent chairman of the European Professional Club Rugby (EPCR), tournament organiser of the Heineken Champions Cup and EPCR Challenge Cup, and his appointment will run until the end of the 2024-25 season.

McKay was CEO of Glasgow Celtic Football Club for a brief period in 2021.

He was appointed interim EPCR  chairman in October 2021 and takes up the permanent position “following the unanimous recommendation of the EPCR board and wider European leagues and unions.”

EPCR said: “With extensive executive and board experience in rugby, sports and media, McKay will oversee the delivery of the new EPCR strategy and eight-year agreement between EPCR stakeholders alongside the EPCR board and executive.

“McKay spent 13 years at Scottish Rugby in a number of senior executive and board positions including as chief operating officer.

“Having served as chairman and non-executive director of the PRO14, now the United Rugby Championship, and a board member of Rugby Europe, McKay brings a wealth of knowledge of the European and global rugby landscape including expanding tournaments through welcoming new clubs and growing brands.”

McKay said: “I am honoured to become the permanent chairman of EPCR and am very much looking forward to continuing to work with our stakeholders across Europe, as well as with the board and team at EPCR as we look to deliver our new strategy to develop the Heineken Champions Cup and EPCR Challenge Cup.

“We have an exciting month ahead, delivering the semi-finals and then the finals in Marseille of both the Heineken Champions Cup and EPCR Challenge Cup.

“The next few weeks promises to be a fantastic conclusion to both competitions and I wish all the teams well.”

EPCR director Andrea Rinaldo said: “We are very pleased to confirm Dominic’s appointment on a permanent basis. We have all enjoyed working with him over the past few months and are delighted he has agreed to become our chairman.

“With the sporting experience coupled with strategic and leadership skills he brings to our organisation, we can look forward confidently to the future, which includes concluding our 2021/22 tournaments.

“Beyond that, we are driving towards expanding the competitions, commercial growth to continue delivering world-class rugby experiences for fans, clubs, players and partners and leading the way for rugby in Europe in developing our game.

“Dominic’s attributes and passion for the game and EPCR’s competitions will drive us to that next level.”