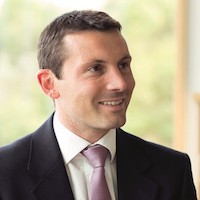 Scottish Mortgage Investment Trust has admitted it made a “mistake” in reducing its holdings of western online platform companies rather than their Chinese counterparts as the fund published “tough” results for the year to March 31, 2022.

However, taken over five years, Scottish Mortgage’s net asset value has surged 198.4% and its share price has soared 187.5% — against the benchmark that returned 68.1%.

Over five years, Scottish Mortgage leads the NAV and share price of the AIC global sector average by 74.6% and 67.4% respectively.

The fund’s chair Fiona McBain wrote: “Some shareholders’ minds may have been focussed on the drop in the share price that occurred during the year.

“I would reiterate my annual caution against drawing any meaningful conclusions from this datapoint, other than this time round to see it as an expected shorter-term cost when the longer-term rewards on offer are potentially so high.

“Over five and ten years, respectively, the share price has increased on an annualised, total return basis by 23.5% and 23.1%.”

Scottish Mortgage’s dividend will be increased by 5% to 3.59p.

Tom Slater, the fund’s manager, wrote: “It has been a tough year …

“Investing in this environment requires resilience and clarity of purpose.

“Our purpose is to provide long-term funding and support for growth companies and the entrepreneurs building the future of our economy.

“This approach will sometimes be popular and sometimes, as now, be out of favour.

“Because of such swings, we discourage those with a time horizon under five years from investing in our shares.

“While we do not enjoy discomfiting our fellow shareholders, we believe resilience during drawdowns is necessary for generating long-term returns …

“Investors in Chinese companies have suffered from President Xi’s regulatory crackdowns in the name of ‘common prosperity’.

“In retrospect, it has been a mistake to reduce our holdings in western online platform companies rather than their Chinese counterparts.

“The censure of Ant Group at the time of its proposed stock market listing turned out to be the first in a slew of actions that included severe constraints on the online tutoring sector, restrictions on video games, anti-monopoly activities against internet platforms and new policies on data and privacy.

“Many of the actions in isolation are similar to reforms that have been considered but less successfully implemented elsewhere.

“In aggregate, they add up to a substantial reinforcement of government control of the private sector.

“They have discouraged the supply of western capital.

“The deteriorating geopolitical situation and significant job losses in the technology and education sectors have made the Chinese government’s aggressive regulatory stance less tenable.

“Vice Premier Liu He’s statement in March that the authorities should deliver ‘policies favourable to markets and be cautious in introducing contractionary measures’ may signal that the worst of the crackdown is behind us.

“The challenge now for western investors is twofold: incorporating the low but increased chances of future US sanctions into their evaluation of Chinese investments and considering how the Chinese state may limit the upside in stock prices for the breakthrough winners.

“Our Chinese holdings have remained largely unchanged through this period of turbulence.”

The fund’s deputy manager Lawrence Burns wrote: “What makes long-term investing difficult is that progress is rarely a straight-line.

“Genuine long-term investing requires not just patience but the ability to endure periods of intense discomfort. We have experienced such discomfort often with our holdings.

“Tesla was first purchased by Scottish Mortgage in January 2013. It experienced a fall of 40% that first year alone.

“During the course of our ownership, it has now fallen by 30% or more on seven occasions.

“Yet more extreme was NIO, the Chinese electric car maker. It endured a near 90% drawdown in the year following its IPO before experiencing its tremendous rise.

“Our other significant contributors to long-term performance such as Amazon, Illumina and Tencent have all been subjected to discomforting drawdowns during their time in the portfolio.

“The returns generated by these companies could easily have been forgone if the endurance of steep share price declines had not been weathered.

“Giving up on Tesla, on any one of those seven occasions, would have been catastrophic to the returns of Scottish Mortgage shareholders …”

On the stocks with recent declines, Burns wrote: “Moderna has experienced a 70 per cent. fall from the highs of last year.

“While the market focus has been on the longevity of Covid vaccine revenues we have felt this overlooks the progress being made to apply its mRNA technology to a broader range of healthcare problems such as flu, Zika, HIV and even cancer.

“It is hard to argue significant value is being placed upon that broader potential platform when the company is valued by the market on a mere five-times earnings and has nearly one-third of its market cap in cash. We have therefore used the falls in the share price to add.

“This has in large part been funded by reductions to Amazon and Tesla.

“Delivery Hero, is a local delivery company headquartered in Berlin but operating across 50 countries around the world from Argentina to Singapore.

“It suffered a particularly precipitous fall in its share price. Nonetheless, when re-visiting our investment case and accompanying scenario analysis we assessed that, if anything, the likelihoods of success may have actually increased.

“Our biggest concern had been competition in the key market of South Korea. Nonetheless, the most recent evidence is that it is growing rapidly and continuing to hold its near 80 per cent. market share in the country.

“Looking across all the markets it operates in revenues grew over 50% annually in the first three months of this year with a significant long-term growth opportunity still remaining.

“Continued progress does not appear to be recognised by the market. Indeed, over the last two years revenues have increased nearly four-fold and yet the share price has fallen over 50 per cent. during that same period.

“Of course, our reaction to some drawdowns will still be to conclude that the investment case is not developing as hoped. This was the case with CureVac, the German biotechnology company which we held for six years starting as a private company.

“The lack of progress in multiple clinical trials compounded with several disconcerting management changes led us to ascribe a substantially lower likelihood of success and we therefore divested last summer.”

Tracy Zhao, Senior Fund Analyst, Abrdn’s Interactive Investor: “While the managers have never let their heads get turned by wild swings in performance, either up or down, these annual results are sobering.

“But it’s the results since November that are the real party stopper and remind us why Scottish Mortgage is an excellent adventurous holding, but needs to be tempered with some lower risk options.

“The performance of the portfolio has been stellar over the last number of years as low inflation and interest rates, all of which have been a fabulous backdrop for the rerating of and performance of growth segments of the market.

“The trust consists of some of the highest growth, blue sky companies, companies that are vulnerable to rising rates and inflation and as a result have suffered more than peers and the index during this period.

“However, the management team of the trust are prepared to look through the short term market turmoil and setbacks on their holdings in the belief that the companies can grow over time.

“The Trust remains a strong choice for investors who are prepared to invest for the long term and look through these challenging times, for the most exciting ideas that have been picked by the trust.

“And for those investors, the trust’s current trading discount, together with market’s rotation away from growth stocks, could well be an attractive entry point. But patience should be key.”