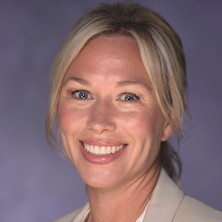 Edinburgh-based Securities Trust of Scotland, the £250 million global fund, reported that its net asset value total return for the year to March 31, 2022, was +16.8% and the share price total return was +17.4%, compared to a total return of +10.8% in the Lipper Global – Equity Global Income Index.

Securities Trust of Scotland chairman John Evans said: “The recent weakness in the exchange rate of sterling against most major currencies, but in particular against the US dollar, is notable and is of benefit to your company.

“The sterling value of overseas investments and the dividends they pay rises.

“While 30% of the portfolio is invested in UK equities the majority of these companies are global businesses and likewise beneficiaries of a weak pound.

“While this currency weakness may prove to be transitory it does highlight some of the benefits of adopting a global as opposed to a more limited country only approach to an equity income mandate.” 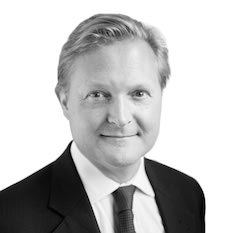 James Harries, manager of the fund, said: “The company generated a strong return for shareholders in the first full year under Troy’s management …

“The strongest contributors to the return were derived from the consumer staples and information technology sectors.

“Within information technology the best performing investments over the period were Paychex and Microsoft.

“Microsoft continues to benefit from companies using an increasing range of the software that the company offers driving impressive growth and returns.

“Paychex is a payroll, human resources and employee benefits outsourcing software provider to medium sized businesses in the US.

“The shares have performed consistently well through the year as employment prospects brightened.

“ADP, a competitor to Paychex, also performed well. Each of these companies continue to show resilient operating performance and consistent dividend growth.

“Within consumer staples, Diageo and British American Tobacco were the key contributors. The resilience and valuation in the context of strong pricing power for these companies has been reappraised by investors in these more inflationary times.

“Both companies have also benefitted from people being able to go out and enjoy themselves.

“In the case of British American Tobacco, the shares were given further support following the reintroduction of a share buy back as debt on the balance sheet has been reduced to more comfortable levels.”

The trust also announced some board changes with Angus Gordon Lennox due to step down at the AGM in July 2022.

Alexandra Innes has been appointed as a non-executive director. She is a non-executive committee member at the Bank of England, the UK’s central bank, and is a member of the group executive board and the technology investment board at Knight Frank LLP.

“Alexandra held a number of senior positions in the financial sector during her executive career and she will bring fresh perspective to the board,” said the trust.