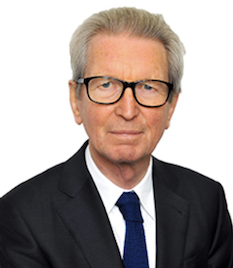 Media investment firm National World Plc — publisher of The Scotsman and The Yorkshire Post — announced it is in the early stages of exploring an offer for newspaper publisher Reach Plc, which owns 130 national and regional news brands.

The brands of Reach plc include The Daily Record, The Mirror, Daily Express, the Manchester Evening News, the Liverpool Echo and Newcastle-based The Chronicle and The Journal.

Shares of Reach plc rose about 6% — but they are down more than 60% this year to around £1.04 to give the firm a current stock market value of around £328 million.

National World shares fell about 1% to 20p to give it a current stock market value of around £53 million.

“The Board of National World plc notes the recent press speculation regarding a potential transaction involving Reach plc,” said National World in a stock exchange statement.

“National World confirms that it is at the early stages of exploring a possible offer for the entire issued and to be issued share capital of Reach.

“National World has not yet approached the board of directors of Reach with regard to the possible offer.”

Under the UK’s Code on Takeovers and Mergers, National World has until December 1 to announce a firm intention to make an offer for Reach, or walk away.

Reach Plc responded with its own stock exchange statement, saying: “The board of Reach notes the announcement by National World that it is considering a possible offer for the entire issued and to be issued share capital of the company.

“The board of Reach confirms that it has not received an approach from National World.

“The board will issue a further statement if and when appropriate. In the meantime, Reach shareholders are strongly advised to take no action.”