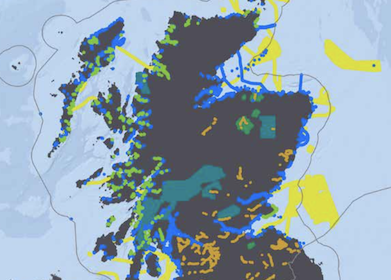 By Mark McSherry — Crown Estate Scotland’s 2021-22 annual report shows that the value of the Scottish Crown Estate has risen about 25% to £568.2 million.

The report said a “record level” of revenue has been generated for public spending “with the potential for billions of pounds to be invested in Scottish offshore wind.”

It recorded a £15.7 million surplus paid to the Scottish Government to support public spending, bringing the total since Crown Estate Scotland was set up in 2017 to £59.6 million.

Powers over the revenue and management of Crown Estate resources in Scotland were transferred to the Scottish Government in 2017.

The report said Crown Estate Scotland is supporting the sustainable expansion of Scotland’s “Blue Economy” with ScotWind — the first offshore wind leasing round in Scotland for a decade — resulting in an initial 17 seabed agreements being offered.

“This number has risen to 20 agreements in 2022-23, following the clearing process, and currently totals up to 27.6GW of clean energy,” said the report.

“The success of ScotWind – which has the potential to deliver up to 28GW of clean energy – marked a key milestone in Scotland’s just transition, creating the opportunity for new jobs, multi-million pound payments from Crown Estate Scotland to Scottish Government, and billions of pounds of investment to benefit communities and businesses.

“This report also details our wide range of investments in property, people, and natural resources, which work to help communities and businesses across Scotland thrive.

“The revenues we generate each year, which are passed to Scottish and local government for public spending, along with the social and environmental benefits delivered through the estate, demonstrate the key role Crown Estate Scotland has in tackling the climate and nature crises and building a prosperous net zero Scotland.

“Finally, on behalf of the Crown Estate Scotland team, I wish to offer my sincere thanks to my predecessor Simon Hodge for his outstanding leadership during this period.”