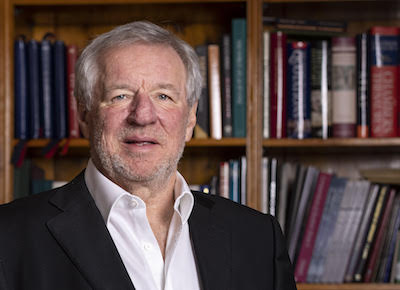 Veteran Scottish fund manager Martin Gilbert has predicted that 2023 “will prove to be the beginning of a renaissance” for active fund managers.

Gilbert said as long as inflation sticks around, interest rates will remain raised, and that means “the beta valuation surge that fuelled the tracker funds has come to an end.”

In the London publication Financial News, Gilbert wrote: “The reason for my prediction is fairly simple.

“For the past 12 years, the world has been going through an unprecedented era of near-zero or even negative interest rates, where capital has not just been cheap but effectively free.

“As a result, there has been massive asset price inflation right across the board, from bonds to equities to property, fine art, old cars and vintage wine.

“In this frenetic climate, any stock that offered the promise of real growth has been particularly prized, which we know helped to fuel the tech boom.

“Overall, what we’ve seen is a surge in beta valuations across all markets, a surge so great that it has largely swept away or ignored any distinctions in valuation between different companies.

“The traditional active fund manager relies on thorough research to pick his or her preferred stocks and beat the index.

“They have been pushed aside — temporarily — by tide of asset growth so that automated passive tracker funds have consistently outperformed their active competitors, largely because of their lower fee structures.

“As a result, funds have flooded into them. The Investment Company Institute estimates that $2tn has shifted from active into passive strategies in the US alone in the past decade.

“Now the era of free money and indiscriminate asset inflation has come to an end.

“The return of real interest rates to tackle inflation has put paid to that.

“While inflation may start to fall this year, history tells us that it is very hard to defeat and the ongoing round of wage increases and retail price rises suggest that this time will not be very much different.

“As long as inflation sticks around, interest rates will remain raised and that means the beta valuation surge that fuelled the tracker funds has come to an end.”

He added: “Throughout my career, I have always believed that detailed research by insightful managers — there are plenty of good ones out there — will beat an algorithm.

“Now is the chance for those fund managers to prove me right as the investment world starts to talk about alpha once more — yes, some of us remember that — and start to discuss long-term value investing as though for the first time.

“In some ways, that is the risk as well as the opportunity. The investment industry has grown so accustomed to a decade of tidal surges of beta that it could spend the next one waiting for the market upturn.

“What they should really be doing is hunting for the pools of value that are emerging in private and public markets, for example in financials.

“So despite having my faith tested in recent years, I remain — and will always be — a passionate advocate of active fund management. I believe that 2023 will be the year in which I am proved right.”