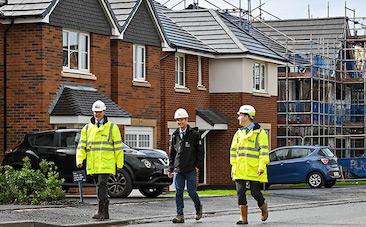 Graham Blair, Mortgages Director, Bank of Scotland, said: “Scottish house prices have continued to rise over the last 12 months, with properties in almost every area now worth more than a year ago.

“During 2022 it’s not been big cities leading the way. Unsurprisingly, Edinburgh remains the most expensive place to buy, but its rate of property price inflation was outstripped by a number of locations nearby.

“This is partly due to pandemic-driven shifts in housing preferences as buyers sought bigger properties further from major urban centres.

“We can see this clearly in commuter towns across Scotland, but Fife has been a notable hotspot, with both Kirkcaldy and Dunfermline recording strong house price growth, likewise towns in both West and East Lothian.

“Looking ahead to 2023 and house price growth is expected to slow in Scotland.

“However, it’s important to remember that this follows more than two years of rapid growth.

“A period of adjustment was always likely, particularly given the current economic environment.”