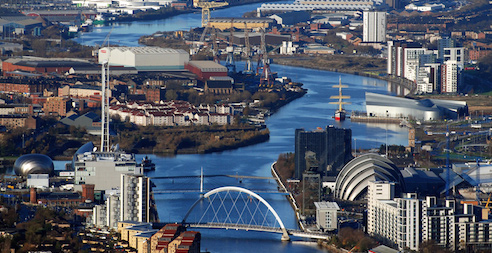 Scottish companies have reported further growth of output and new orders for the start of the third quarter, according to a survey for Bank of Scotland.

The Bank of Scotland PMI, which measures monthly changes in combined manufacturing and services output, rose to 52.2 for July, up from 51.2 in June — “the most marked rise in output since last December.”

The PMI survey is compiled for Bank of Scotland by financial services firm Markit and is based on data from purchasing managers at roughly 600 private sector manufacturing and service companies chosen to reflect the structure of the Scottish economy.

Manufacturers reported a stronger increase in activity than service providers. Indeed, output growth in Scotland’s goods-producing sector was the strongest in almost a year.

Donald MacRae, chief economist at Bank of Scotland, said: “July’s PMI at 52.2 was the highest so far this year. Activity grew in the services sector while manufacturing output showed a welcome return to growth after the contraction of the last three months.

“New orders rose in all sectors while the pace of decline in new export orders slowed. Although employment fell the Scottish economy continued the recovery from the slowdown in the first quarter of the year. Moderate growth is expected for the rest of 2015.”