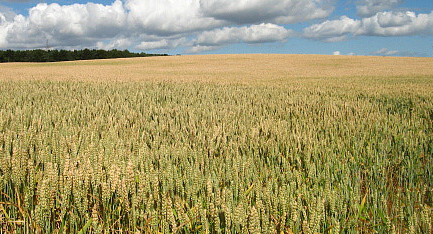 The Scottish Government said on Sunday it wants to ban the growing of genetically modified (GM) crops in Scotland.

Some scientists and farmers’ leaders said they were disappointed with the controversial move.

Maurice Moloney, chief executive officer at the Global Institute for Food Security in Saskatchewan, Canada, said: “For Scotland to deny to its farmers such a critical innovation and to deny consumers the possibility of reducing pesticide use is irresponsible.

“Positioning a nation in this way gives it an international reputation for being a science-free zone, not the modern Scotland that it aspires to be.”

Scott Walker, chief executive of the farmers’ union NFU Scotland, said other countries were embracing biotechnology where appropriate and that Scotland should be doing the same.

Lochhead said there was no evidence of significant demand for GM products by Scottish consumers and he was concerned that allowing GM crops to be grown in Scotland would damage the country’s “clean and green brand,” and consequently gamble with the future of Scotland’s £14 billion food and drink sector.

The Scottish Government said it will submit a request that Scotland be excluded from any European consents for the cultivation of GM crops, including a type of genetically modified maize already approved and six other GM crops that are awaiting authorisation.

“Scotland is known around the world for our beautiful natural environment — and banning growing genetically modified crops will protect and further enhance our clean, green status,” said Lochhead.

“Scottish food and drink is valued at home and abroad for its natural, high quality which often attracts a premium price, and I have heard directly from food and drink producers in other countries that are ditching GM because of a consumer backlash.”

Other scientists also disagreed with the Scottish Government’s decision.

Prof Ottoline Leyser, director of the Sainsbury Laboratory at The University of Cambridge, said: “It is ironic that ministers have justified their decision by stating that they are not prepared to ‘gamble with the future’ of Scotland’s food and drink industry, because that is exactly what they are doing.

“In the short term, this is a zero risk, eye-catching announcement that will have no impact whatsoever, because there are currently no approved GM crops available that are suitable for cultivation in Scotland.

“In the long term, however, when products such as blight resistant potatoes eventually reach the market, Scottish farmers will find themselves at a serious disadvantage. But maybe this is not such a gamble — a week is famously a long time in politics, so when the time comes, no doubt an elegant U-turn can be effected.”

Prof Anne Glover of The University of Aberdeen, a former chief scientist to the European Commission, said: “I am not aware of the full context of the Scottish Government ban on GM crops so it is not possible to make detailed comments.

“Generally, it would be hard to justify a ban on the grounds of safety as GM technology for plant breeding is supported by a global scientific consensus with regard to safety. With appropriate choices, GM technology can offer one approach to sustainable farming by reducing the need for chemical inputs which benefits the consumer, the farmer and the environment.”

Dr Joe Perry, former chair of the European Food Safety Authority (EFSA) GMO panel, said: “It’s time Governments stopped equating an anti-GM stance with care for the environment. GM crops can be of benefit to the environment if regulated sensitively. Furthermore there is no reason to ban them on safety grounds. Blanket bans like this are irrational.”

Prof Huw Jones, professor of molecular genetics at Rothamsted Research, said: “This is a sad day for science and a sad day for Scotland. GM crops approved by the EU are safe for humans, animals and the environment and it’s a shame the Scottish Parliament think cultivation would harm their food and drink sector.

“If approved, this decision serves to remove the freedom of Scottish farmers and narrows their choice of crop varieties to cultivate in the future.”