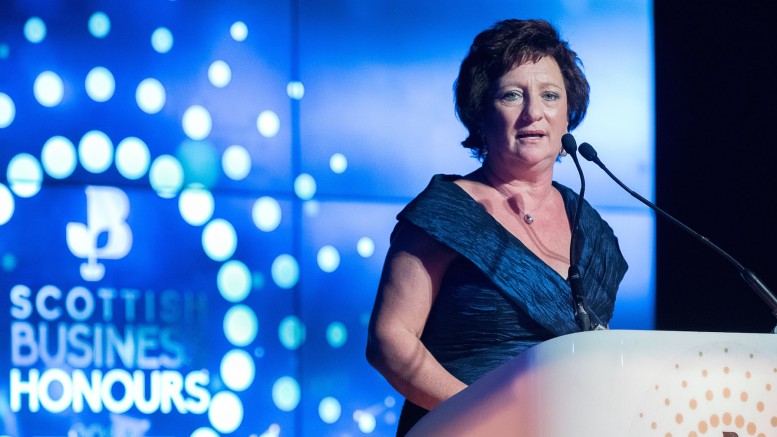 In the rest of the UK, about 63% of businesses said they would vote to stay in the EU.

“With Scottish businesses exporting over £12.9 billion of goods and services throughout the European Union, it is important that any change does not disrupt our ability to continue to trade and grow this market, creating wealth and jobs,” said Liz Cameron, (pictured) chief executive of the Scottish Chambers of Commerce Network.

“The UK Government must up its game in terms of communicating with and listening to businesses on this vital issue. Business people have our own ideas on what should be among the priorities of the Prime Minister as he embarks on his negotiations and a recurring theme is a stronger role for the member state in terms of determining the local implementation of EU legislation.”

Ms Cameron said that if an in-out referendum was held now, 73% of Scots firms indicated they would vote to stay in the EU, with that figure surging to 90% for large Scots companies. About 13.5% would vote to leave the EU, and 12.5% are undecided.

“Whilst the UK Government’s plans for an EU Referendum have so far had no impact for over 80% of businesses, many businesses have flagged up possible implications of any change to the UK’s status within the EU, with over a third of businesses identifying potential negative impacts to growth strategies and import and export strategies as areas of concern,” said Cameron.

“This survey will act as a benchmark, enabling us to gauge the awareness, priorities and views from the business community as to the specific reforms to our relationship with Europe which they believe would assist their growth and make business more efficient and competitive, ultimately gaining more orders and creating new jobs.”

* Read the whole survey below and make up your own mind.