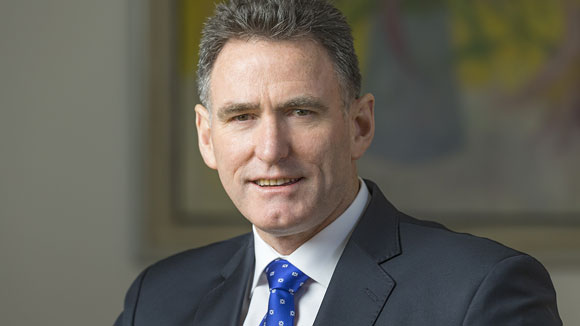 Royal Bank of Scotland (RBS) said it made a third quarter operating loss of £134 million, down from a profit of £1.1 billion in the same period last year, as the Edinburgh-based financial services giant continues its rehabilitation.

RBS said third-quarter income was £3.047 billion, £596 million lower than in the same quarter last year, mainly driven by a £394 million fall in corporate and institutional banking as the company restructures to focus on mainstream retail and business customers.

“Income pressures were also seen in UK personal and business banking and commercial banking where good loan volume growth was offset by continued competitive pressure on asset margins,” said RBS in a statement.

Including a £1.14 billion gain from the disposal of an RBS stake in US bank Citizens, RBS third-quarter attributable profit was £952 million, up slightly from £896 million in the same quarter of 2014.

RBS, still 73% owned by the UK tax payer after its £46 billion government bailout during the financial crisis, said restructuring costs remained high at £847 million and litigation and conduct costs were £129 million compared with £780 million in last year’s third quarter.

RBS chief executive Ross McEwen (pictured) has been charged with restructuring the Scottish bank to dovetail with the UK government’s plan to sell roughly 75% of its stake in RBS over the next five years.

RBS warned investors: “In the fourth quarter of 2015, we expect restructuring costs to remain high as we continue to implement our core bank transformation and disposal losses to be elevated within the overall guidance on disposal losses, although the timing and quantum of these losses are subject to market conditions.

“Whilst legacy issues continue to be addressed, material further and incremental costs and provisions in respect of conduct and litigation related matters are expected, and could be substantially greater than the aggregate provisions RBS has recognized.”