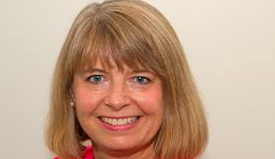 Thousands of Scottish financial sector jobs could be put at risk if the UK left the EU, the UK Treasury indicated on Friday.

The Treasury stressed that outside of London, Scotland has the UK’s next two largest international financial hubs in Edinburgh and Glasgow.

It said the Scottish finance sector contributed more than 7% of Scotland’s GDP and directly employs around 85,000 people — with another 70,000 working in associated professional services.

“It has a history in banking and asset management, with global institutions such as the Royal Bank of Scotland, Aberdeen Asset Management and Standard Life choosing Scotland as the destination for their headquarters,” said the Treasury.

“Around half the world’s largest financial firms have chosen to base their European headquarters in the UK.

“Firms based in the UK can easily trade across the EU without the cost and complexity that firms outside the EU face.”

It added: “New Treasury analysis shows 285,000 jobs across the UK are linked to financial services exports to the EU.

“As part of the EU and as part of a modern economy, business in Scotland has been thriving …

“There is no alternative to EU membership that could retain the UK’s crucial access to the Single Market for financial services without having to accept EU rules that the UK could not influence.”

In Edinburgh, Economic Secretary to the Treasury, Harriett Baldwin said: “Membership of the EU and the enormous benefits this provides means that that the financial services sector in Scotland is thriving.

“It directly employs around 85,000 people, with a further 70,000 working in associated professional services, and contributes more than 7% of Scotland’s GDP — showing the crucial role the financial services sector plays in the Scottish economic landscape.

“Since 2010, 55,400 new businesses have started up in Scotland and have been able to access the finance they need to grow.

“It is clear that for Scotland’s future prosperity that there is no credible or, in fact, more desirable alternative to EU membership.”