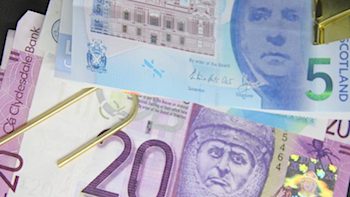 Scotland’s unemployment rate fell to a record low of 3.3% in the three months to February — well below the UK figure of 3.9% — according to figures from the UK’s Office for National Statistics (ONS).

“It is essential the extension granted by the EU is used constructively and not wasted.

“The ongoing talks over EU exit must include the devolved administrations, and for any deal agreed by the UK Parliament to be put to a second referendum.”