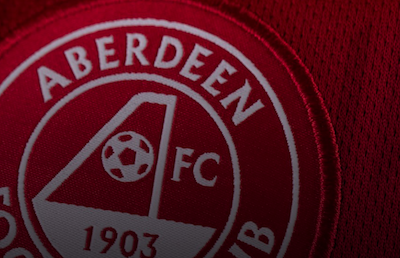 Aberdeen Football Club said on Tuesday that shareholders who were present at its EGM voted unanimously to re-register as a private limited company.

“When the re-registration procedure is completed, an additional £2 million of investment will be triggered for the first phase of the plans at Kingsford,” said the club.

“This will then draw the funding for this phase to a close.”

The Aberdeen board called a general meeting to seek approval for a change in company status from a public limited company to a private limited company.

In a circular issued prior to the meeting, the club explained that this change would facilitate investment by way of share subscription, “allowing a proposed investment to proceed and increasing the club’s ability to attract further investment in the future.”

Club chairman Stewart Milne said: “Re-registration will mean that we will have raised all the funding for the community sports hub, football academy and training facilities, which is set to open in Autumn this year.

“But, more importantly, we’ve paved the way for further investment in the future, which is critical to our ongoing success both on and off the pitch.

“Share subscription, along with other initiatives, will play a large part in fundraising for phase two – the new stadium, which is integral to our long-term ambition for the club and the region.

“It is the intention that both existing and new shareholders will be able to participate in the phase two share subscription.”