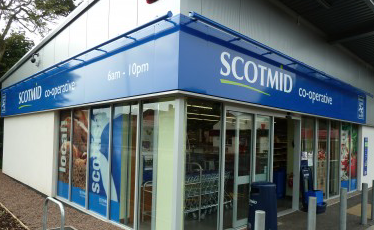 Scotmid Co-operative — formerly St Cuthbert’s — operates around 300 shops across Scotland, Northern Ireland and the north of England, and its businesses include Scotmid Food, Semichem, Funeral Directors, Post Offices and a property division.

“Food convenience and property were the main drivers of growth.

“The performance of our food stores was particularly encouraging with the continued work on our ‘famous for food’ strategy helping to drive growth in a summer period which did not compare with the record breaking summer the previous year.

“In the face of the significant market challenges for non-food retailers, Semichem held its position assisted by successful cost control.

“Funerals conducted were down compared to a very strong result at the interim stage last year, reflecting the cyclical pattern of this business …

“At the interim stage, the Society has performed strongly despite less favourable weather and the delay and ongoing uncertainty surrounding Brexit.

“The position on Brexit remains unclear and the possibility of a ‘no deal’ makes it hard to predict the impact on the Society’s second half performance.

“The Society will therefore continue to focus on matters within our control and celebrate the success of Scotmid’s 160 years of serving our communities and improving people’s everyday lives.”