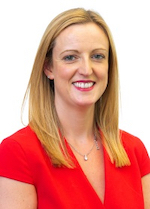 Aberdeen-based AAB has increased its focus on deal activity in Scotland’s central belt following its Edinburgh office launch in June 2018.

Its central belt deals team led by Lyn Calder is growing rapidly following the completion of 20 deals across the central belt during the year.

A number of key appointments have been made to the deals team — with the most recent addition being Adam Cassidy who joins AAB from Ryecroft Glenton in Newcastle.

Douglas Martin, head of corporate finance at AAB, said: “This is an exciting time for us as we continue to build our presence across Scotland and we are delighted to have hit a new milestone with the completion of 70 deals in a year for the first time.

“This achievement is a clear testament to the team’s continued drive, ability and entrepreneurial spirit to initiate and deliver transactions across Scotland and further afield.”