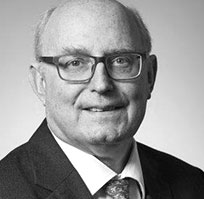 Nucleus said Alfio Tagliabue has been appointed as a non-executive director of the company with immediate effect.

Tagliabue has been the CEO of Sanlam Investments UK since 2017.

Nucleus also said Jeremy Gibson, “one of the two board appointees pursuant to the relationship agreement with majority shareholder Sanlam UK Limited” has resigned as a non-executive director of the company “and steps down from his role on the Nucleus board …”

“Alfio will be a member of the risk committee and the audit committee.”

Nucleus chairman Angus Samuels said: “On behalf of the board, I am pleased to welcome Alfio to Nucleus.

“Alfio brings strong financial experience and an extensive knowledge in the asset and wealth management industry.

“Alfio will be a valuable adviser and contributor to both the board and the Nucleus business and we all very much look forward to working with him.

“I would also like to wish Jeremy well in his future endeavours and thank him for his valuable contributions to the company.

“The board has benefited hugely from his expertise during his time as a non-executive director.”