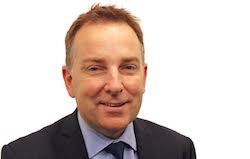 A survey by Edinburgh-based investment giant Aberdeen Standard Investments has found that ESG (environmental, social and governance) engagement by private equity firms is on the increase.

“Private equity firms are clearly increasingly aware of issues such as climate change and are responding with action such as carbon offsetting and reducing their reliance on single-use plastics.

“Only 38% of firms surveyed however, are signatories of UNPRI, UN Compact or similar.

“Results also show that firms based in North America appear to be lagging behind their European and APAC counterparts.”

The survey, now in its fifth year, aims to monitor the current level of engagement at both the General Partner (GP) and underlying portfolio company level.

The survey was sent to 176 GPs across Europe (60), North America (82) and APAC (34) with an overall response rate of 52%. Respondents of the survey were given an overall ESG rating according to their responses.

Merrick McKay, Head of European Private Equity, Aberdeen Standard Investments, commented: “The general trend suggests that Private Equity firms are regarding ESG as increasingly important, with firms based in Europe leading the way.

“There’s still scope for improvement in terms of their ability to measure and monitor against key ESG-related metrics and this is something that we will be encouraging during our discussions with GPs.

“We are optimistic looking at results from firms based in Asia Pacific, with a number of respondents having implemented initiatives in the last year to improve ESG performance.

“ESG engagement in North America is lagging behind Europe and Asia Pacific and we will follow up with those GPs who either didn’t respond or who scored poorly relative to their peers.

“ESG remains a core component of our investment philosophy and is incorporated into our diligence and monitoring processes.”