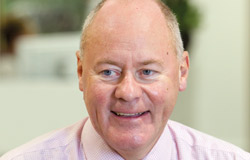 In a stock exchange statement, Virgin Money UK said: “On 24 January 2020 the company announced that its chairman, Jim Pettigrew, had confirmed his intention to retire as chairman once a successor was found and following an orderly handover.

“The company is pleased to announce the appointment of David Bennett as chairman, following the completion of a thorough search and selection process.

“David has been deputy chairman and a non-executive director of the company since October 2015 and senior independent director since January 2017.

“Jim will remain available in an advisory capacity to David for a period.

“Upon becoming chair of the board, David will cease to be a member of the risk committee and of the audit committee.”

Pettigrew said: “Having now established Virgin Money UK PLC as a fully combined business and with a refreshed strategy in place, it is now the right time to let the succession process move forward and for the board and company to take the next steps in its evolution under a new chairman.

“I am delighted David has been appointed, having so ably served as my deputy and senior independent director.”

Virgin Money CEO David Duffy said: “I am very pleased that someone with David’s extensive banking experience and deep understanding of our business will succeed Jim as chairman.

“I look forward to working with David as we support our customers, colleagues and communities through the current situation and in time return to executing our strategy and our ambition to disrupt the status quo.

Bennett said: “I am delighted to be appointed as Virgin Money UK PLC chairman.

“Having served on the board since 2015 I have seen close hand this business transform markedly and I know we are well placed to navigate through the current environment.”

Virgin Money added: “Upon David’s appointment as chair of the board, Tim Wade will be become interim senior independent director, subject to regulatory approval, with effect from 6 May 2020 until a permanent successor is appointed.

“Tim has been a non-executive director of the company since September 2016 and became chair of the audit committee in November 2016.”